WOODIV: the Euro-Mediterranean trees in a database

From the Spanish fir (Abies pinsapo), endemic species in Andalusia, to the Golden oak (Quercus alnifolia) in Cyprus, the Mediterranean Basin is home to emblematic species. These trees have always fascinated the people around them and the botanists. Their current distribution results from a long history of colonization over the climatic and geological changes that have marked history around the Mediterranean Sea. Some are witnesses of a unique lineage, as is the case for the Oriental sweetgum (Liquidambar orientalis), one Tertiary relict and the only representative of its genus in the Mediterranean.

It didn’t take more to Agathe and Frédéric to gather scientific and botanists of almost all the countries of Mediterranean Europe for the project they called WOODIV. Their initiative has been supported by the French Foundation for Research on Biodiversity (FRB) through its Centre for Synthesis and Analysis of Biodiversity data (CESAB) program. Five countries were represented by the consortium: Spain, France, Italy, Croatia, and Greece. The challenge was to gather and move the knowledge on Mediterranean trees from sparse national databases to one high-quality standardized dataset. For instance, the botanists Valdo for Macedonia, Stephen for Malta, or Zoltan for Albania provided critical information for their respective countries. Other knowledges and skills were needed for the project, making WOODIV a real collective work. Marwan and Martial were in charge of building the phylogeny, Kévin and I of the management and quality assessment of the database.

First, we set the complete list of tree species in Mediterranean Europe. The botanists put together the list of each country to build a checklist and made the first discovery of the project: the list of European Mediterranean trees was much richer than expected! Many Mediterranean trees are not generally considered because their individuals with a tree-like habit are not well-known. By strictly following the definition of what a tree is, we found many of them! Forty-four species in total we called “cryptic” trees. It is the case for instance of Spartium junceum.

Once we agreed on the list, we had to agree on the names. The latest taxonomic references were considered. Guided by our colleagues from each country, Aggelikki, Agathe, and I were then able to go hunting for occurrence data, i.e., the precise locations of the trees. The biggest task of the project could then begin. Inventories efforts differ from country to country. Some data was readily available, some not. The data were supplemented by a field mission where Frédéric and I inventoried the trees on the coast in Montenegro. Then the data went through several filters: automatic filters to check for usual geolocation errors (in case of trees growing in the sea, for example!) and expert verification of each map of distribution.

At the same time, Kévin collected trait data from existing databases or literature. Marwan collected existing data of sequences for the three DNA-regions we considered. The botanists were asked to collect fresh samples in the field. Giovanni, Francesca and Ilaria extracted and sequenced the DNA, in order to complete our database.

This project became possible because we were able to gather a wide variety of skills and knowledge and had the time to do this meticulous and precise work. We can now share the WOODIV dataset, which provides occurrences, functional traits, and phylogenetic data for all Euro-Mediterranean trees. The WOODIV occurrences database brings critical insights for biogeographical studies into the spatial distribution of native tree species, including often neglected or cryptic Mediterranean species. The database is of high significance and interest for macroecological studies in the Euro-Mediterranean area in conservation, biogeography, and community ecology. It also constitutes the first step to expand the approach to the Southern and Eastern parts of the Mediterranean basin. 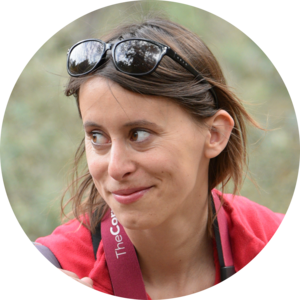 Quite an interesting piece in my very humble opinion. While admitting to virtually total ignorance of this particular field (I am more knowledgeable about biomedical ethics), I find the authors’ argument for undertaking the research persuasive, scientifically valid and certainly worthy of continued work. I look forward to learning more from them!