Where do humans live?

The World Settlement Footprint 2015, a new 10m resolution global map of human settlements on Earth for the year 2015.

On the face of it, to know where humans are living seems nowadays given for granted. Indeed, many people are familiar for instance with freely accessible web services (e.g., Google Maps, Bing Maps, OpenStreetMap, etc.), which feature detailed building outlines among their content. Nonetheless, if one starts focusing on low/middle income countries – especially in rural and suburban areas - it is immediately clear how even information on the overall extent of human settlements is actually not available for the vast part of the world. Since 2012, to bridge this gap by monitoring urbanization at the global scale with satellite data has become one of our main goals at the Smart Cities and Spatial Development team of the German Aerospace Center (DLR).

In this framework, different high spatial resolution layers outlining the global settlement extent have been published in the last few years. Among these, back in 2016 we released the 12m resolution Global Urban Footprint (GUF), which has been generated from 2011-2013 radar imagery acquired by the Terra-SAR-X and Tan-DEM-X satellites and outperformed all other similar products. However, the GUF itself still exhibited two major drawbacks. On the one hand, it has been derived (as the other existing layers so far) from single-date scenes, which are sometimes strongly affected by the specific acquisition conditions, thus resulting in misclassification errors. On the other hand, commercial imagery has been employed, which prevents a systematic update due to its high costs.

To overcome these issues, we have then started developing a new 10m resolution product which jointly exploits, for the first time, open-and-free multitemporal data, namely the World Settlement Footprint (WSF) 2015. In particular, the WSF2015 first combines 2014-2015 mass optical and radar imagery acquired by the Landsat-8 and Sentinel-1 satellites, respectively, which proved complementary as they are sensitive to different structures on the ground (i.e., artificial surfaces and built-up areas, respectively).

The implementation of the WSF2015 has been a long journey, which took overall more than 3 years to complete. Specifically, we put all our efforts to generate an open-and-free dataset that is highly accurate and reliable, and might effectively support all applications requiring detailed and accurate information on human presence (e.g., to model the displacement of people, assess how many are living in risk areas, estimate food and energy consumption, or conduct detailed epidemiological analyses just to cite some). On the one hand, when the activity started in 2016, we still had to face quite some technological challenges (especially related to the computational-demanding data pre-processing) that the ongoing advancement in cloud computing has nowadays made simpler. On the other end, we performed an endless visual comparison of the intermediate results against Google Earth imagery to continuously refine and improve the final methodology. Here, human settlements exhibit completely different features around the world mostly depending on the corresponding climate region. Hence, empirical evidence collected from this quality check exercise has been translated into specific implementation constraints, which ultimately allowed to properly delineate not only major urban areas, but also smaller settlements in sub-urban and rural regions, where still about half of the global population is living.

The quality of the WSF2015 has been quantitatively assessed by means of an extensive validation carried out in collaboration with Google based on a huge amount of ground-truth samples (i.e., 900,000) labelled by crow-sourcing photointerpretation. In particular, a statistically robust and transparent protocol has been defined following the state-of-the-art practices currently recommended in the literature.

The figures below showcase the WSF2015 for a subset ranging from India to China which also includes part of South East Asia, as well as for a portion of Western Africa ranging from Ghana to Nigeria. Yet at this scale it is immediately evident how, besides the major cities, the layer also outlines the thousands of medium and small-size settlements scattered in the corresponding rural regions.

The WSF2015 is publicly and freely available through a dedicated figshare repository. Furthermore, in addition to the original 10m resolution dataset, 5 resampled versions are also provided at 100m, 250m, 500m, 1km and 10km, respectively, reporting for each pixel the corresponding ground percent surface covered by settlements. 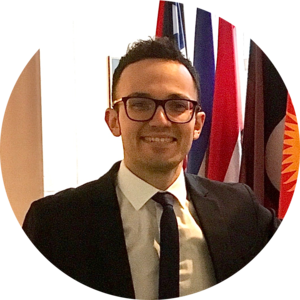 Thank you so much for posting, Mattia!

This is great work... thank you for your efforts.