When we embarked ten years ago, we didn’t plan to make a TreeMap at all.+ 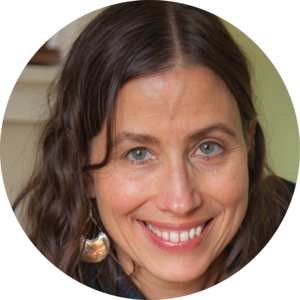 The plan was to create a map of fire risk to terrestrial carbon, based on our simulations of wildland fire probability and flame length in the continental United States. Besides these fire simulations, the other ingredient needed was a “tree list”:  a tally of live and dead trees by size and species on each map pixel.  We looked high and low but couldn’t find a national “tree list” data set available for use, which very much surprised us. So we (a geoscientist, a fire researcher, and a statistician) decided to make one.

We were warned by people much more experienced with these kinds of data that we would fail: the quest was too difficult.

Fortunately, the Forest Inventory and Analysis (FIA) program collects and maintains a dataset ideal for this purpose.  FIA is a U.S. Forest Service program that collects a set of nationally-consistent fixed-radius plot data across the continental U.S. But there was a hitch: FIA does not share the true coordinates of their plots, in order to protect landowner confidentiality. Over the course of more than a year, we entered into a Memorandum of Cooperation with FIA that allowed us access to the plot coordinates for the purpose of making this product.

To make the TreeMap geographically consistent with our fire simulations, we used the same set of gridded raster maps from the LANDFIRE project as inputs.  LANDFIRE offers the only set of national variables that provide everything a fire modeler needs, including some esoteric variables like crown bulk density and surface fuel model.

Then we sought the best type of predictive model to match each LANDFIRE pixel with the FIA plot that best represented its forest conditions. Many of the approaches that researchers traditionally use to make “tree lists” were out, because one of our variables, forest vegetation type, was categorical.  This ruled out Gradient Nearest Neighbor and regression models, among others. Our statistician tried the random forests technique implemented in the yaimpute package in R. After working out the kinks, the random forests method worked like a charm, keeping our 64-core computer churning for months.

And then finally: an imputed TreeMap for the entire continental U.S.! The TreeMap presents the best-matching forest plot for each of the 2.8 billion 30x30 m pixels, containing data on tree sizes by species in all forests of the continental US. Our validation showed that cover, height, and vegetation type matched a set of independent forest plots not used in the model quite well: 49% of plots had forest cover within 10% of that predicted, while 70% had forest height within 5m, and 77% matched at least one of the two most frequently occurring tree species.

New uses of the TreeMap arise quite frequently, for example, fuel treatment planning on National Forests, at both national and forest scales. Estimating terrestrial carbon resources. Modeling of wind profiles through a forest. Estimating effects of fuel treatments on hydrology. As severe droughts, insect infestation, and large fires affect U.S. forests, we hope the TreeMap will be a useful tool for predicting changes in forest structure, terrestrial carbon, and fire behavior.

Read about the TreeMap open access data descriptor here, with the dataset itself available from the U.S. Forest Service Research Data Archive.