A high-content image-based drug screen of clinical compounds against cell transmission of adenovirus
Fanny Georgi
Head of Faculty and Professorial Affairs, Office of the Dean, Faculty of Science, University of Zurich
Follow
Like Liked by Ben Johnson
0

Is there love at first sight for a science project? I argue, yes there is. When I interviewed for a PhD position in the laboratory of Urs Greber at the Department of Molecular Life Sciences at the University of Zurich (UZH), I was immediately hooked to the science. Two group members, Artur Yakimovich, then postdoctoral fellow, and Vardan Andriasyan, then PhD candidate, were just publishing their Plaque2.0 paper, describing a procedure to automatically score virus infection and observe the transmission of viruses between cells forming plaques. Their approach is based on non-invasive imaging of live infection of fluorophore-expressing reported virus in live cells. In plaque assays, monolayers of cultured cells grow on flat dishes in nutrient-rich growth medium. After just a few hours of adding tiny amounts of a virus in the range of a few infectious virions per several thousands of cells, a few infected cells are observed in the dish. A couple of days later, a few of the infected cells are observed to spread viral progeny to nearby cells. They form an infection focus, a so-called plaque. The Nobel Laureate Renato Dulbecco had introduced the plaque assay to animal virology in 1952, using chemical fixation of Western Equine Encephalomyelitis virus-infected chicken fibroblasts. This powerful infection endpoint assay was probably the first quantitative test in molecular cell biology, but certainly in animal virology. It allowed researchers to accurately determine the amount of infectious virus particles in an inoculum. I was fascinated by the power of a live cell plaque assay, which dynamically tracks the infection progression from micro (cell) to macro (plaque) phenotypes. The Greber group and I were so excited about the prospects that we discussed for many long hours about how high-content image analyses at high-throughput would drive data revolution processes in biology. I was particularly inspired by the potential of Plaque2.0 to advance high-throughput screenings for new antiviral compounds.

Already before I joined the team, the Greber lab had a track record in screening of small chemicals against viral infection. To screen for antiviral compounds against rhinovirus, the cause of the common cold, the group had engaged with a Start-Up company, 3V-Biosciences. They screened the Prestwick Chemical Library (PCL), a collection of chemically diverse, mostly FDA-approved small molecules, for compounds inhibiting rhinovirus genome replication. Among these, the team identified Niclosamide and characterized its antiviral mode-of-action. The compound turned out to inhibit the cell entry of acid-dependent viruses, including rhinovirus and influenza virus, but not herpesvirus. This was due to the chemical nature of Niclosamide, a hydrophobic weak acid, which acts as a protonophore and extracts protons from acidic cellular compartments, as shown by structure-activity-relationship studies.

Besides rhinoviruses, the Greber lab had worked with adenovirus for several years. Despite the high prevalence and health threat of adenovirus for immuno-compromised individuals, there are no effective antiviral agents available. The aim of our team, completed by the two PhD candidates Robert Witte and Luca Murer, was to identify compounds with high repurposing potential, and thereby create an option for an accelerated approval process of an anti-adenovirus compound. We were convinced that the Plaque2.0 screening platform would be ideally suited to rigorously scrutinize antiviral inhibitors, including previously missed ones. The rationale was that Plaque2.0 assesses the entire viral replication cycle in a quantitative and sensitive way, including viral entry, replication, formation and transmission of progeny. Importantly, the Plaque2.0 platform also scores the infection of cells with particles that were directly released from a single infected cell, rather than with viruses isolated from a population of cells, as assayed in conventional screening procedures.

We implemented our screening concept in a collaboration with Fabien Kuttler and Gerardo Turcatti  from the Biomolecular Screening Facility at École Polytechnique Fédérale de Lausanne (EPFL). Fabien and Gerardo are ‘screening professionals’, and provided the acoustically spotted 1,280 mostly FDA-approved compounds of the PCL, as well as toxicity data from cell culture experiments. To assess the accuracy and reproducibility of our pipeline, the UZH and EPFL teams independently imaged and analysed the data, and came up with a virtually identical hit list of compounds. The top hit was Nelfinavir mesylate (Nelfinavir in short), a FDA-approved human immuno-deficiency virus (HIV) protease inhibitor. While this was great news and strongly enhanced the confidence in the robustness of the screening procedure, we were puzzled by two observations. One was the fact that Nelfinavir did not inhibit the adenovirus protease required for virion maturation, and the second was two earlier papers reporting that Nelfinavir did not inhibit adenovirus infection. Puzzle one was solved by the notion that the adenovirus protease has a different cleavage mechanism than the HIV protease (cysteine versus aspartate-based catalysis). Puzzle two was clarified by an observation in a follow-up study, where we found that Nelfinavir impaired the lysis of adenovirus-infected cells. By this mode-of-action, Nelfinavir interrupts the transmission of virus from donor to acceptor cells, a step which was not measured in the previous studies. Current research in the Greber lab inspires future projects to further explore the mode-of-action of Nelfinavir. Another viral protein bearing the telling name adenovirus death protein (ADP) already provided a correlate to viral susceptibility .

Publishing our drug repurposing project described here would not have proceeded so smoothly without the image curation team at the Image Data Resource (IDR), especially Frances Wong. They made it possible that all images, code and data is openly available in a coherent fashion. Interacting with the IDR team was a great experience for me. It showed me how important it is to communicate accurately, and to pay attention to comprehensive annotation in a mineable manner. Open access, unequivocal annotation and a high level of accuracy and intuition in the wet lab ought to be guidelines for any effective interdisciplinary training. This should enable the generation of high quality scientific data, and will benefits a broad professional and public audience.

Finally, I am truly grateful for the indispensable contributions of all co-authors of our paper, the contagious passion of Urs, Vardan and Artur for science, and Urs for major contributions to writing this text.

Fanny Georgi
Head of Faculty and Professorial Affairs, Office of the Dean, Faculty of Science, University of Zurich
Follow 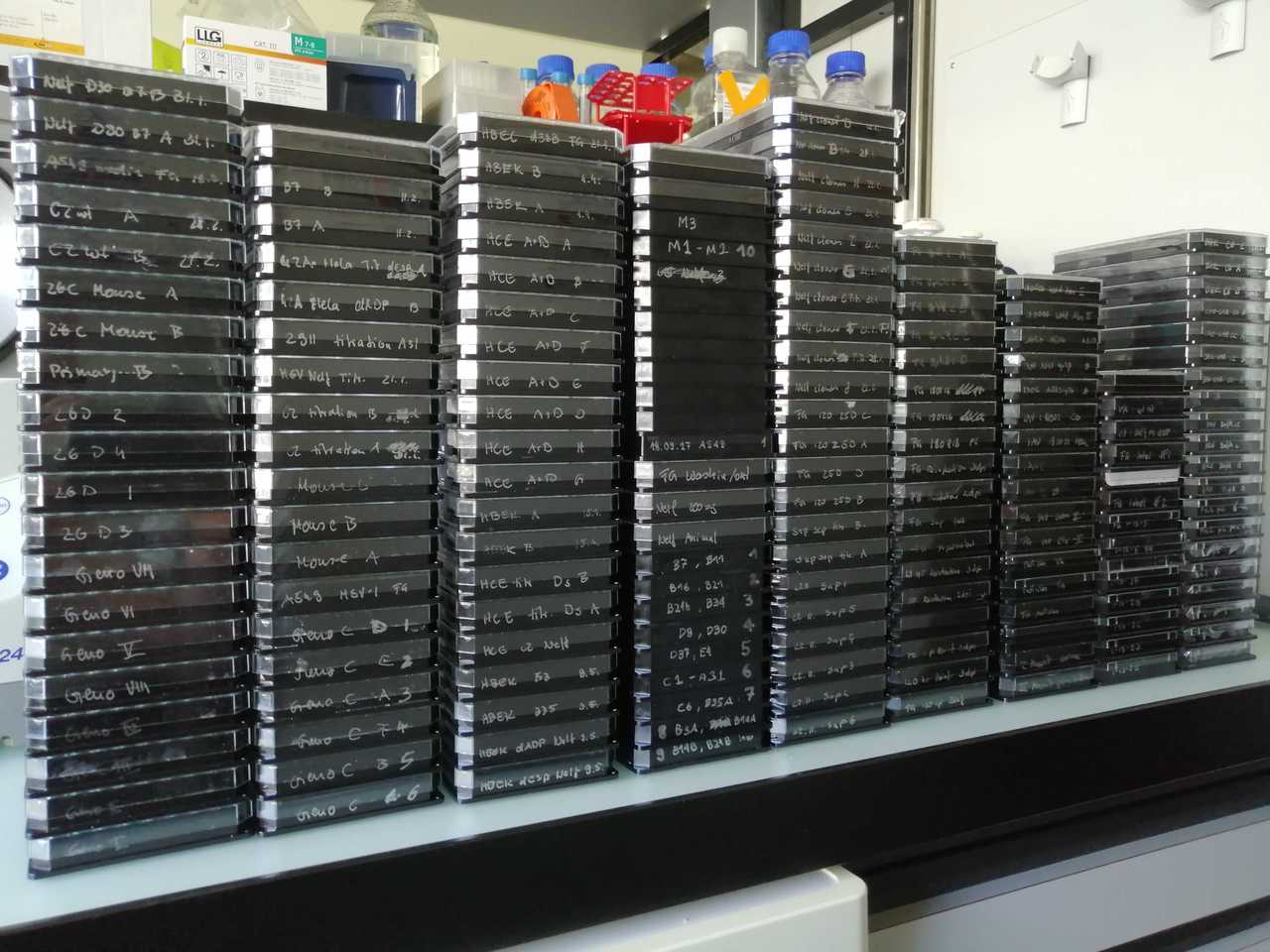