Discover why versions labels or containers are not enough to allow full transparency and time-proof reproducible research and how Guix, a practical free-software package manager tackles this issue.
Nicolas Vallet and Michonneau
2 contributors
Like Liked by Evelina Satkevic and 4 others
0

How computing environment are usually described?

Altogether, these two solutions may lead to the impossibility to reproduce results in short-term and long-term.

What is new with Guix?

Is it practical and easy to use?

Guix practice is straightforward. Only two text files are required to:

The Git repository which accompanies this article provides examples to start using Guix or to show how we reproduced previously published results using Guix.

New users can start with the R_workflow folder from our Git repository or read the website of Guix usage in scientific context (Guix-HPC) for further information. 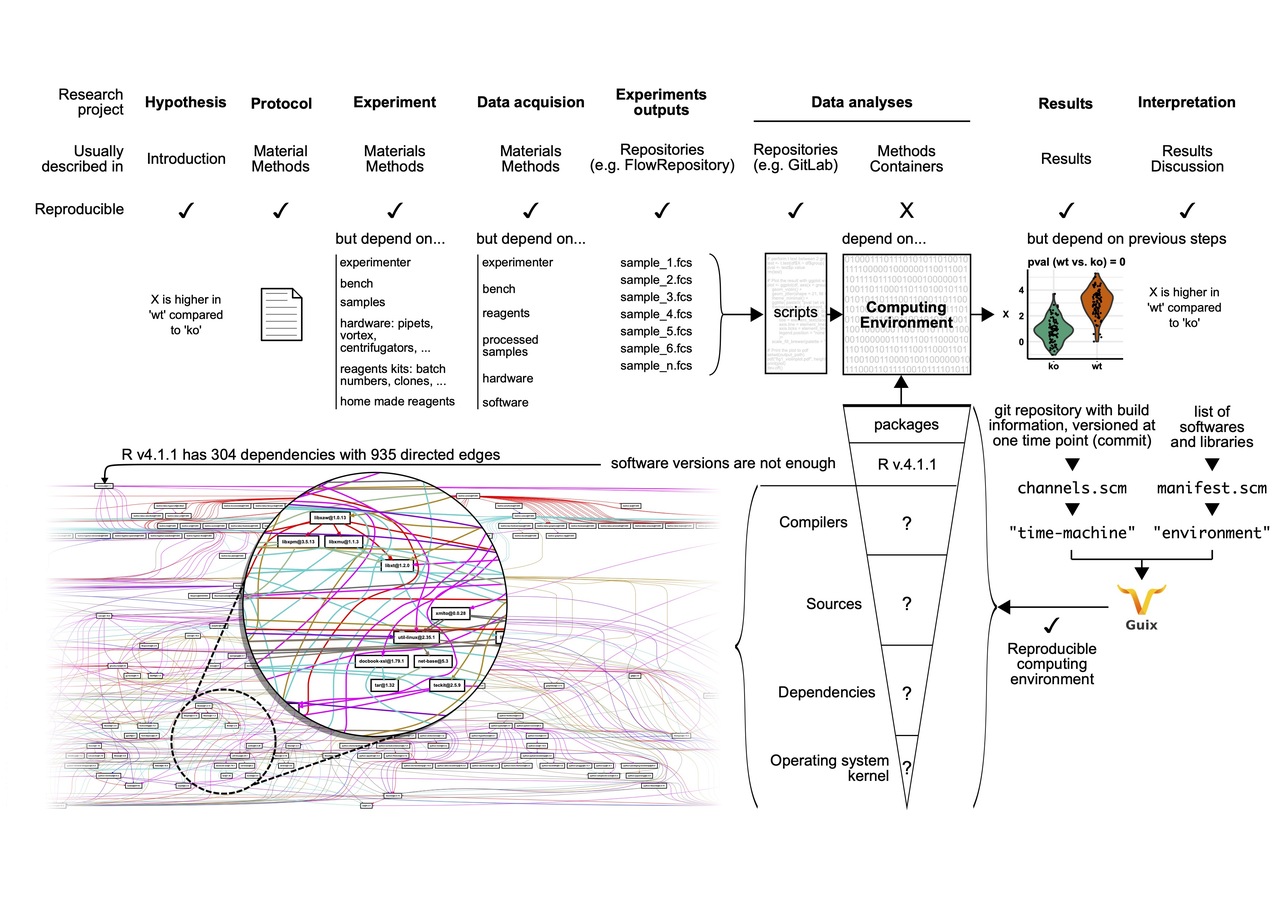 Discover why versions labels or containers are not enough to allow full transparency and time-proof reproducible research and how Guix, a practical free-software package manager tackles this issue.