Menu
Contributor
Behind the Data

In 1997 the International Bathymetric Chart of the Arctic Ocean (IBCAO) project was initiated to compile all Arctic depth data (bathymetry). Version 4.0 is the latest depth compilation by IBCAO and demonstrates both the huge advances and that there is a long way to go until the Arctic is mapped.

Less than 125 years ago, no one knew what lay beneath the vast and impenetrable expanses of the Arctic ice. Then in 1893, Norwegian scientist and explorer Fridtjof Nansen, embarked on a remarkable experiment, intentionally freezing his egg-shaped vessel Fram into the ice and having it travel with the drifting ice from the Siberian coast to the area between Greenland and Svalbard (now called Fram Strait).  In the course of this drift, Nansen and his team stopped, cut holes in the ice and used a lead weight at the end of a long line (a “lead-line”) to measure what was below them.  Seven of these “soundings” were made, establishing for the first time that beneath the Arctic ice was a deep ocean basin and leading to the first map of the Arctic Ocean. Since that time the Arctic Ocean has not easily given up her secrets.  The perennial sea ice covering much of the Arctic has made mapping this ocean basin a tremendously difficult task. Following Nansen, ice islands (thick blocks of multi-year ice) were occupied by science teams and used as a base for measurements as they drifted (sometimes for years) with the sea ice.  Nuclear submarines collected echo-sounding data under the ice that were eventually released to the public.  As these data began to accumulate, by the late 1990’s a picture of the complexities of the Arctic seafloor began to emerge with vast ocean ridges, deep abyssal plains, plateaus and seamounts scattered throughout.   Scientifically, maps of the Arctic seafloor provides an abundance of information with the distribution of ridges, plateaus and seamounts telling a story of the geologic evolution of the Arctic in the context of plate tectonics and ridges that constrain the flow of deep sea currents and thus control the distribution of heat (with concomitant impacts on climate and rate of ice-melting).

To coordinate the compilation of bathymetry from the Arctic, The International Bathymetric Chart of the Arctic Ocean (IBCAO) was established in St Petersburg Russia in 1997. Since that time there have been three compilations of this critical Arctic ocean map, each one increasing the resolution of the compilation and providing new and important insights into the history of the Arctic Ocean basin.  With the dawn of the 21st century, icebreakers equipped with high-resolution “multibeam” sonars capable of mapping a wide swath of the seafloor all at once began to map in the Arctic.  The high-resolution of multibeam sonars showed evidence of the interaction of ice on the seafloor offering direct insight into the history of glaciations.  We have just released the latest IBCAO compilation (IBCAO Ver 4.0) with more than twice the resolution and covering three times more area than the previous IBCAO Ver. 3.0. This version of IBCAO has been compiled under the auspices of the Nippon Foundation/GEBCO Seabed 2030 Project, an ambitous global effort to see the entire world ocean mapped by 2030. The contributors to IBCAO 4.0 vastly exceed the 52 authors of the paper and their organizations as bathymetric data have been provided from many more individuals from a wide range of agencies, institutions and industry. 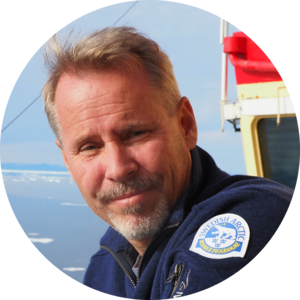 The Value of High-Resolution Residential Electricity Data
Contributor Scientific Data
Behind the Paper , Behind the Data

+1
Noah Rauschkolb and 1 other
Contributor Scientific Data
Behind the Paper , Behind the Data

+3
Peter Bauer and 3 others
Contributor Scientific Data
Behind the Paper , Behind the Data

Ana Luísa Pinho
Behind the hourly 5-km surface total and diffuse solar radiation dataset in China (2007-2018)
Contributor Scientific Data
Behind the Paper , Behind the Data

Ning Lu
Research Data at Springer Nature
We use cookies to help improve your experience. By continuing to browse our website you are consenting to our use of cookies.
Learn more