The idea of creating a neuroimaging dataset centered on the deep phenotyping of behavioral responses dates back fifteen years ago. By that time, researchers at NeuroSpin Research Center in CEA Paris-Saclay developed a standardized procedure to quickly probe several cognitive modules within one single functional Magnetic Resonance Imaging (fMRI) session. Data collection of eighty one participants thus took place, triggering the investigation of the individual differences intrinsic to the functional networks of these cognitive mechanisms (Pinel et al., 2007). Later, the task-fMRI tenet of the Human Connectome Project sought to identify representative brain regions, according to their response to task performance, in a larger cohort, by using a set of seven behavioral protocols (Barch et al., 2013). Yet, as these initiatives were primarily focused at characterizing only a few cognitive networks and their variability at the population level, the limited amount of tasks employed were still not sufficient for the development of a rich and diverse cognitive mapping of the human brain.

Extensive collection of task-fMRI data over a wide variety of psychological domains requires the in-house implementation of a large collection of behavioural protocols in the MRI environment. Additionally, if one wants to minimize inter-subject and inter-site variability---typically present in studies aggregating task data from multiple sources---data acquisition from all protocols should be performed in the same group of participants as well as in the same scanner. In order to attain these goals, a long period of time toward the development of such enterprise would thus be necessary.

The opportunity finally comes with the establishment of the Human Brain Project, a ten-year European consortium, and the Individual Brain Charting (IBC) project is then created as a joint collaboration between several research groups at NeuroSpin. The IBC team is thus a multidisciplinary group of researchers, technicians and volunteers, who have been continuously engaged since 2013 on the development of the IBC dataset. Our commitment to this project involves different responsibilities, e.g.: the ongoing implementation of new experiments and their data collection; communication with the volunteers and their medical monitoring; (pre-)preparation and execution of the tasks by the volunteers during the course of the MRI acquisitions; curation of imaging data; analysis for technical validation of both imaging and behavioral data; maintenance and user support of the resources available on GitHub, among others.

The project is still ongoing until 2022 and more extensions of the dataset are planned for the next years. As we advocate the principles of data-sharing and reproducibility, free online access of all data and meta-data is granted to the public. We thus hope that this initiative can bring a valuable contribution to the scientific community and boost a new generation of multi-study imaging analysis in cognitive neuroscience.

Links to the IBC data papers: 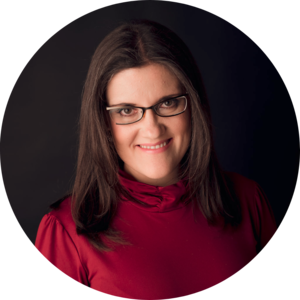