Publicly available data is at the heart of open science. In this spirit, we provide a unique and comprehensive collection of multiple MRI contrasts with ultrahigh resolution of single participant acquired in a decade. Such “human phantom” enables researchers to advance their respective field.

In 2017, as part of my PhD thesis, we acquired and published a human whole brain in vivo MRI dataset with the highest spatial resolution to date with an isotropic resolution of 250 μm. We knew that the volunteer of this study participated in many other outstanding studies. Therefore, while preparing the manuscript, we came to the conclusion that at some point we should extend this already astonishing dataset by compiling and publishing all other remarkable data of that participant.

Some of the data feature the highest spatial resolution in vivo so far. However, the data is not unique due to its unprecedented spatial resolution only, but it was also acquired on the very same hardware as well as scanner's software and (mostly) with prospective motion correction to remediate rigid motion of the participant. It is quite remarkable that neither the hard- nor software was changed within these years, as this is a confounding factor in longitudinal studies commonly. Furthermore, MRI is an inherently slow acquisition technique and, therefore, is prone to motion. This becomes a particular problem when dealing with ultrahigh resolution imaging with hours of scan time to acquire a single volume. This usually leads to a deterioration of the so called effective spatial resolution. In order to still be able to capture sharp high quality images, it is therefore necessary to use a method for correcting the participant's movements. Thus, we have compiled the most comprehensive and high quality MRI data repository of a single human participant to date.

The MR community decided on common standards to structure their data a few years ago - the Brain Imaging Data Structure (BIDS). In preparation of the data descriptor, it was beneficial that we already used BIDS for formatting our first dataset and since then typically structured most of our data accordingly. Nevertheless, data curation of a vast dataset with more than 35,000 files and a size of roughly 240 gigabyte is very time consuming. However, it is worth the effort as it does not help in structuring the data only, but obviously also in the reusability by other researchers. In total our previously released data were downloaded more than 60,000 times and stimulated research in various disciplines as well as were used as an argument to get funding for ultrahigh field scanners. Beyond actual scientific applications, they were for example shown at art exhibitions themed around neuroscience and we were informed they decorate the wall blown up several times life size at the Illinois MRI exhibit housing the world's first human MR scanner of Nobel Prize winner Paul Lauterbur - which is an exceptional honor.

Therefore, we expect this new dataset to be used in many multimodal processing schemes, e.g. data fusion for visualization as well as teaching, building of brain atlases, vascularization of subcortical structures such as the hippocampus, validation of connectivity models based on joint DTI and rs-fMRI data and many things beyond. Due to its ultrahigh resolution and high quality, we expect to see structures that were never identified before in vivo. Further, structural and vascular differences in the laminar organization of the cortex could be investigated by assessing jointly the MPRAGE (cortical delineation), QSM (iron, myelin proxy; venous vasculature), ToF (arterial vasculature), and DTI (intra-cortical fiber tracts). The MPRAGE volumes have been collected over ten years and can be used in different kinds of studies. First and foremost, they can be used to conduct longitudinal studies. This could for example indicate longitudinal changes across time. However, since the scanning protocol is not identical for every measurement, this could be an ideal test bed for novel data harmonization algorithms to avoid potential bias in data assessment. Furthermore, data is included in back to back studies within the very same session and with artificially reduced SNR. This may allow for test-retest studies in software development and to validate denoising algorithms as ground truth data can be generated. Beyond that, the scanner's rawdata of the back to back scans are available which allow for development and benchmarking of advanced reconstruction algorithms.

Although it was time consuming to go the extra mile, we will continue to share as much of our work publicly as possible. We have never been at a disadvantage as a result - on the contrary, it has been extremely beneficial to us. Therefore, we hope to encourage other scientists to do the same and share their data as well as code publicly as well. Every little bit helps in regards to reproducible research and open science. 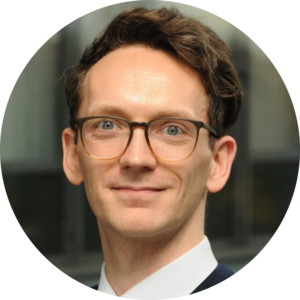