An organism known since the inception of Linnaean taxonomy still has more to reveal in its genetics and in its partnership with a drug-producing bacterial symbiont.

+3
Grace Lim-Fong and 3 others View all
Professor of Biology, Randolph-Macon College
Follow 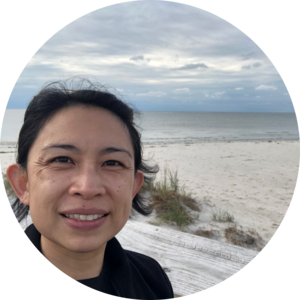 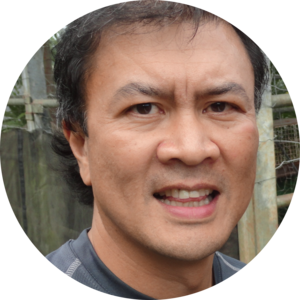 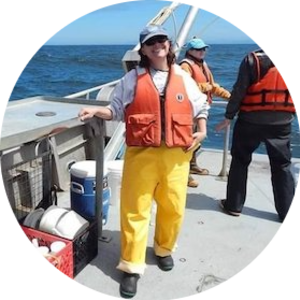 We all remember the time we had our first significant encounter with a bryozoan.  These invertebrates, often mistaken for plants (they are literally “moss animals” after all), are ubiquitous in the marine benthos.  For Adelaide Rhodes and Jose Lopez, it was during a benthic monitoring trip along the Indian River Lagoon on the East Coast of Florida.  They observed brown tendrils wrapped along a rocky abutment on the shoreline near core sampling sites; before that, Rhodes had only known bryozoans from invertebrate zoology books. At first glance, it looked like an escaped terrestrial plant that was half alive and wrapping around the shoreline.

Grace Lim-Fong had a reverse experience- she had a real live encounter with Bugula neritina during her first week as a graduate student; a decade and a half later, she saw the type specimen of B. neritina preserved on a page at the Museum of Natural History in the London, described by none other than Carl Linneaus himself in Systema Naturae. 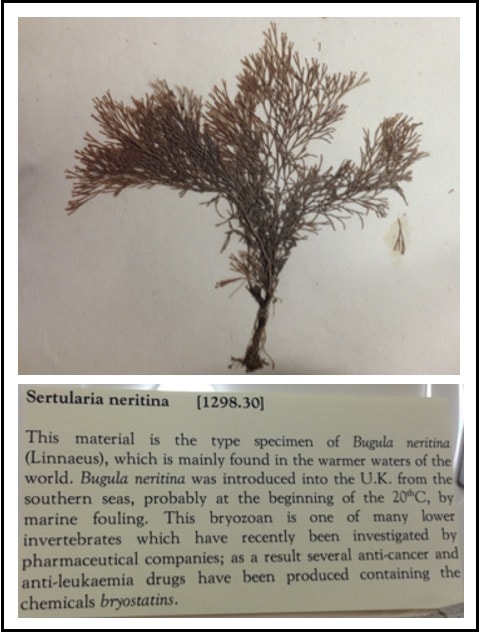 Regardless of how we got to know this humble creature, B. neritina became a lot more well-known in 1982 when chemists isolated from it, the bryostatins, a family of potent bioactive molecules.  These bryostatins continue to be tested in clinical trials for their pharmaceutical potential.  Microbiologists became intrigued by the structure of the bryostatins since they bore more semblance to microbial metabolites than bryozoan metabolites.  These unassuming animals became the darling of a motley group of scientists: invertebrate zoologists, chemists, and microbiologists.  They have also gained infamy among stakeholders in marine science because they are an invasive species and a nuisance to the shipping industry. However, the bioprospecting lore of Bugula loomed large, so nearly twenty year after the discovery of the bryostatins, by performing antibiotic treatments, the microbial origin of the bryostatin core was established- not an easy task since the bacterial symbiont resists cultivation, even today.

That the bacterial symbiont remained elusive led two of the authors of this paper (Lim-Fong and Jason Kwan) to sequence the genome of the symbiont, and along the way, more interesting questions and stories emerged: How many cryptic host haplotypes are there? Are all the haplotypes invasive? Why are some populations symbiotic and some not?  Even within symbiotic populations, why are there different suites of bryostatins (with the same core structure) in different populations? Does the host contribute to the chemical elaboration of the bryostatin core to produce a suite of bryostatins with minor chemical variation?

Kwan saw an opportunity to complement the symbiont genome by collaborating with Lopez, who has a longstanding interest in the origins of bioactive molecules and was eager to understand the relationship between a host and its symbiont at the genomic level.  This project was thus born.  Now with the availability of both host and symbiont genomes (along with the previously sequenced mitochondrial genome), we invite others to join us in formulating and testing hypotheses to these questions and more, seeking to understand how a bryozoan collaborates with its bacterial symbiont.  In doing so, we hope to uncover universal principles of partnerships between animals and the symbionts that live in and with them.