We present measurements of microwave L-band brightness temperature, profile soil moisture and soil temperature, CO2/H2O fluxes, and meteorological data as well as auxiliary vegetation and soil texture information to help resolve some of the magic and mystery on the Tibetan Plateau.

When I first visited the Tibetan plateau in 2004 during the GEWEX/GAME field experiment, the vastness of the plateau and its quietness forever imprinted on me that I wanted to know more about its environment and its people. The GEWEX (Global Energy and Water Cycle Experiment) Asian Monsoon Experiment (GAME) was conducted to investigate the role of the Asian monsoon as a major part of the energy and water cycles in the global climate system, and to understand the feedback processes involved in the monsoon system, particularly in radiation, clouds and land surface hydrology, associated with its intraseasonal, seasonal and interannual variability.

Given its vastness, remoteness and its high altitude, any long enduring field campaign on the Tibetan plateau would require substantial financial and human resources. Satellite observations provide essential alternatives in spatial coverage and temporal repetition to complement such intensive field campaigns. Among the various satellite missions, the Soil Moisture and Ocean Salinity (SMOS) satellite of the European Space Agency (ESA), and the Soil Moisture Active Passive (SMAP) satellite of the National Aeronautics and Space Administration (NASA) are the two dedicated satellite missions for observation of soil moisture by providing global soil moisture products at nearly daily temporal resolution and coarse spatial resolution. Rooting these observations to the actual surface conditions would enhance our ability to effectively use these data and retrievals.

Because soil moisture is a source of water for evaporation and transpiration over land surfaces, it acts as a linchpin in the water, energy and carbon cycles of the earth system and has a large impact on the climate system through atmospheric feedbacks. Several international programs have been established in recent years to produce global soil moisture data, but despite the advances in the past decades, the current operational retrieval algorithms have relied on simple radiative transfer theory with lots of empirical assumptions in soil moisture retrievals using satellite microwave observations. The precise nature of surface roughness and vegetation in microwave scattering and emission and their representation in retrievals remain unresolved. As a result, large uncertainties and inconsistencies among different operational soil moisture products exist and impede their applications for climate change studies. As a further complication, when a land surface undergoes freeze-thaw processes, the behaviour of microwave observation abruptly changes in response to seasonal changes of soil water into soil ice and vice versa at different soil depths. For such cases, current satellite retrievals only provide limited freeze-thaw information.

To advance our knowledge in the precise scattering-emission mechanism of vegetated lands and to investigate in-depth freeze-thaw processes, the European Space Agency has provided an L-band microwave observation system (ELBARA-III) for ground based observation at the Maqu site of the Tibetan soil moisture and soil temperature observation network (https://hess.copernicus.org/articles/15/2303/2011/hess-15-2303-2011.pdf) for long-term observation of the land surface processes. The system was installed on the Christmas Eve by the team of Professor Jun Wen of the Chinese Academy of Sciences.

We are happy to present to the community the collected dataset (https://www.nature.com/articles/s41597-020-00657-1), which contains measurements of L-band brightness temperature, profile soil moisture and soil temperature, CO2/H2O fluxes, and meteorological data as well as auxiliary vegetation and soil texture information. This dataset can be used to validate satellite brightness temperature observations and retrievals, verify radiative transfer model assumptions and validate land surface model and reanalysis outputs, retrieve soil properties, as well as to quantify land-atmosphere exchanges of energy, water and carbon. We hope that our data will help the community to resolve thus far the myriad magic and mystery of the Tibetan plateau. 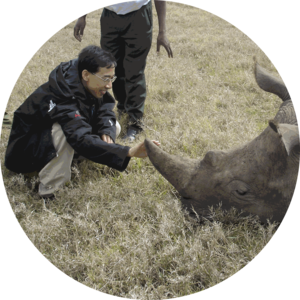 Ran Xi
about 1 year ago

Fantastic work and a valuable dataset for being used by people from radiative transfer, land-atmosphere interactions and soil communities. Thank you for your great efforts.