The different ways plants convert CO2 (Carbon dioxide), sunlight, and water into food, known as photosynthetic pathways, have an enormous impact on where species can grow and how they will respond to environmental change. For example, plants with a ‘C3’ photosynthetic pathway have evolved to survive in cool, more temperate habitats, while plants with a ‘C4’ and ‘CAM’ (crassulacean acid metabolism) photosynthetic pathway are better adapted to hot and highly stressful conditions. This means they will display very different responses to daily, seasonal, and long-term changes in factors like temperature or rainfall, as well as sudden environmental crisis like out of control fires.

Global warming is expected to have a huge impact on the distribution and survival of plants. As our climate changes, plants with different photosynthetic pathways will be forced to ‘migrate’ to new habitats that are better suited for their survival (if they can find them!).

The photosynthetic pathways species list was designed to include every plant species surveyed by the Terrestrial Ecosystem Research Network (TERN), an environmental monitoring program funded through the Australian Government National Collaborative Research Infrastructure Strategy (NCRIS). TERN collects ecosystem data and samples from around Australia using everything from plot-based field surveys to satellites, and then freely shares these data to enable world-leading ecological research. As a part of this massive nation-wide program, TERN has been collecting vegetation data and samples from over 750 one-hectare environmental survey plots located across the continent to capture information on every terrestrial ecosystem in Australia. Using the data generated from these surveys, we created a list of plants to assess for their photosynthetic pathway.

The first step to creating this important data set was to compare the TERN plant species list to other international and national plant databases to find information we could use to assign species to their correct photosynthetic pathway. But this was much harder than we originally anticipated. Across Australia, a single species might have different names depending on the place where they are found. We also realised that many Australian plant species are not listed in any current plant databases. This is probably because many plants in Australia are not found anywhere else on earth (are endemic to Australia), and simply haven’t received the same level of scientific attention as species found in other countries. This meant we needed to discover their photosynthetic pathways for ourselves.

To determine the pathway of more than 400 species that had never before been assessed, Dr Samantha Munroe and colleagues used vegetation samples collected at TERN plots to perform a technique known as stable isotope analysis. This technique measures the ratio of heavy to light carbon (13C/12C) in plant tissue, which identifies plants as using either C3 or C4 photosynthesis. C4 plants are unique because they have a lot more heavy carbon (13C) than C3 plants. With this technique, they were able to assign previously unknown species a photosynthetic pathway.

Australia is remarkable place to be an ecologist. Across this one continent, you will find everything from temperate forests, to deserts, to tropical jungles, along with an incredibly diversity of insects, mammals, and reptiles. This photosynthetic pathway data set, combined with TERN’s vast monitoring network, climate, and soil data, give researchers the world over the opportunity to study how changes in temperature, rainfall, soil quality, or fire, might affect how and where plants with different photosynthetic pathways might grow, and how we can expect vegetation to change in the future.

Without programs like TERN, dedicated to the creation of accurate and reliable “big data”,  big research would not be possible. Long-term environmental monitoring and building national databases like the ones available through TERN are essential to the future of environmental science, particularly in our rapidly changing world. 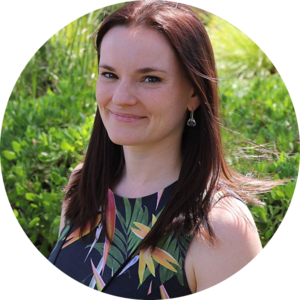