Summary: Entrenching Open Research is widely viewed as a policy imperative, and yet it is often more honoured in discussion than implementation in the scientific community. I now propose the adoption of a “Universal Funder’s Policy on Open Deposition of Publication-associated Records” (UPPaR). I argue why this policy is needed for research reproducibility, and how it may synergise with other initiatives aimed at promoting a positive research culture change. 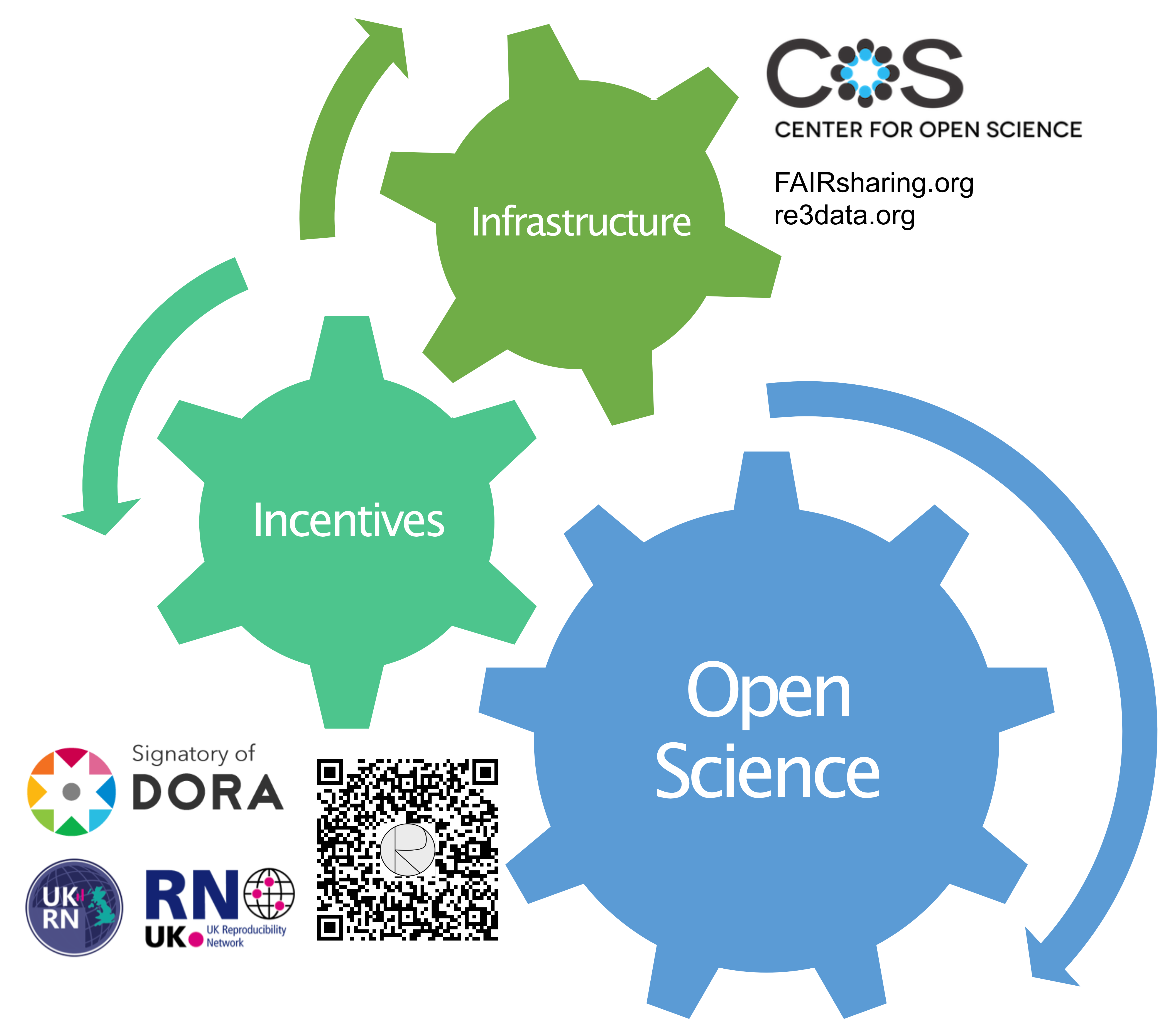 One year after the WHO declared COVID-19 to be a global pandemic, the viral scourge that has swept the planet has shone a light on the prevalence of  poor research practices that go against public interests. Take, for instance, inappropriate study designs and inadequate data sharing [1,2], neither of which have a negative impact on a scientific career. In fact, quite the opposite applies. Veronique Kiermer from PLOS talks about “…a perverse system of incentives in which it matters to be first and to have an exciting headline–much less to be right and to have results that stand robustly to the test of time”.

The poor research practices that prevail in biomedical science reflect the self-serving norms that have come to haunt its culture [3]. Norms such as secrecy, particularism, self-interestedness and organised dogmatism [4]. Norms that run counter to those the sociologist Robert Merton used to define the ethos of modern science in 1942 [5]. Norms that ultimately threaten the future of our collective intelligence [3]. Unless we come together to change them for the better.

My proposal for change rests on two considerations. First, the realisation that poor research practices are encouraged by the current reward system [3], driving irreproducibility while being easy to hide behind inaccessible data. Second, the success of Open Access publishing, which nevertheless remains limited if not accompanied by transparent data records. I will elaborate on both considerations below, as part of my proposal to adopt a “Universal Funder’s Policy on Open Deposition of Publication-associated Records” (UPPaR) [6] (access via QR code in Figure).

UPPaR is a publicly available policy template written by me and Prof Chris Chambers, co-founder of the UK Reproducibility Network (UKRN). The idea behind UPPaR is simple: we want funders to mandate (not only encourage) the deposition of all source evidence (or records) supporting published research (typically a journal article); and we want them to go one step further, by imposing financial sanctions for non-compliance, on par with their Open Access policies (e.g., NIH, Wellcome Trust). The intention is for UPPaR to be discipline-agnostic and thus universal, enabling diverse funding bodies to adopt it. It is also intended to be universal in its global reach. While our original focus has been on UK funding bodies, there is no reason why UPPaR should not be considered internationally. The social media response to a recent correspondence [6] on the policy suggests that such consideration is already taking place.

UPPaR was borne out of my frustration with a common sentence in research publications: “all other data supporting the findings of this study are available from the corresponding author upon reasonable request”. In biomedical publications, “other data” are typically those that do not fall under the -omics or Western blotting category. In other words, the bulk of the source data in a standard biomedical publication are not available to the outside world. This short-circuits the ability of science to exercise self-correction, a practice that is essential for knowledge to advance.

Critics may argue that UPPaR’s extra policing will stifle creativity and impose an additional burden on already overstretched researchers. I would argue the opposite. A reward system that incentivises transparent data reporting will justify the extra time it takes to scrutinise raw data and to make them FAIR (findable, accessible, interoperable and reusable), thus allowing researchers to focus on scientific quality over quantity. It goes without saying that this is critical for medical advances, a tenet echoed in the Open Research Data Task Force’s report to the UK Government in 2019 [7].

Some may wonder why the onus to ensure transparent sharing of publication-associated records is on Funders and not journals[1]. Here, the proposed Open Records policy has to be viewed in a wider perspective (Figure), where the aim is to promote reproducibility and improve research culture at the same time. In the largest to date survey of global research culture, conducted by the Wellcome Trust in 2020, interviewees consistently highlighted funding conditions as driving research (mis)conduct and output [9]. Thus, while neither journals, research institutions nor individual researchers are free from the responsibility to promote transparent and rigorous science, a coordinated Universal Funders Policy with clear financial repercussions/rewards will provide the incentive for engagement across research layers. Here, I take my inspiration from the history and success of the Open Access movement.

In the UK, the adoption of Open Access publication as the default practice took more than a decade, and I vividly remember when it took hold for good. In October 2014, I had only just started my biomedical PhD at the University of Cambridge at a Wellcome Trust-funded institute. Suddenly, numerous university channels issued an avalanche of emails aimed at raising researcher’s awareness of the dire implications of failing to make their work “Open Access”. Why? In July 2014, the UK Government issued their “Policy for open access in the post-2014 Research Excellent Framework”. The REF, as it is commonly known, is a research assessment exercise used since 1986 to allocate government funding to UK higher education institutions. It is considered a key driver of the practices governing hiring and promotion within universities. Now, if universities wanted to maintain or even increase their funding from the Government, they would have to demonstrate compliance with Open Access. The year before, the U.S. National Institute of Health (NIH) started to withhold funding as a sanction for non-compliance with their Open Access policy. One of the frontrunners in the Open Science marathon, the Wellcome Trust, had also strengthened their Open Access policy back in 2012, stating that: "Failure to comply with the policy could result in final grant payments being withheld and non-compliant publications being discounted when applying for further funding."

Research into the effectiveness of Open Access policies in Europe has demonstrated that effective policies require mandatory deposit, a deposit that is permanent and one that is directly linked to research evaluation [10]. As an early career-researcher, I have often found it perplexing that funders’ strong emphasis on mandatory Open Access is not matched by an equally strong emphasis on mandatory Open Records. Others share this view, particularly in the wake of the COVID-19 pandemic [1]. UPPaR was inspired by this gap, with the hope that a ‘ready-to-use’ template will lower the activation barrier associated with the implementation of this policy by funders.  It is driven by a belief that ensuring a healthy research culture and continued knowledge advance requires “Open Research by Default”.

It is important to emphasise that UPPaR allows for protection of data that cannot be shared for ethical or legal reasons, as long as such reasons are articulated upfront. These and other potential objections/concerns from researchers as well as funders are covered in detail in the current policy template. A valid concern that has not been addressed yet is whether such a policy risks marginalising researchers from low- and middle-income settings where lack of resources hinders data sharing at the outset. This is part of the broader challenge of ensuring equitable  open research, where all researchers – irrespective of background – are able to share as well as benefit from shared data. To this aim, several consortia and research networks specifically focusing on research data from these settings have developed and published processes for equitable data sharing [8]. It is critical that these processes are incorporated in the final policy where relevant should funders consider adoption of the UPPaR template. Thus, in its current form, the template should be viewed as a “one-adjustable-size-fits-almost-all”, whereby it allows and actively encourages further customisation.

In isolation, UPPaR is no panacea to current research culture malaise. To use a common statement in publications on novel biological mechanisms: UPPaR is “necessary but not sufficient”. It is intended to synergise with other initiatives around responsible research assessment such as the The San Francisco Declaration of Research Assessment (DORA). While it is reassuring that an increasing number of funders and universities have pledged to follow DORA, this top-level engagement now needs to penetrate the research chain and become the norm among the very same academics who are supposed to implement it in their roles on various assessment panels. Still, the sad reality is that the majority of my colleagues have not heard of DORA, nor are they aware of other initiatives aimed at improving research quality and culture. Thus, for UPPaR and its “contemporaries” to take hold, more attention needs to be devoted to engaging researchers with the concept of Open Research. Akin to mandatory refresher courses on health and safety, one could envisage equivalent refreshers on sound experimental design and reproducibility, for all researchers irrespective of career stage.

At a personal level, an Open Research system that rewards quality and rigour will no longer force researchers to make the stressful choice between what is best for medical knowledge and what is necessary for maintaining a scientific career. As Richard Harris put it in his book Rigor Mortis: How Sloppy Science Creates Worthless Cures, Crushes Hope, and Wastes Billions: “It’s a choice nobody should have to make.”

[1]It is worth noting the existence of The Transparency and Openness Promotion (TOP) guidelines. These were developed during a meeting at the Center for Open Science in 2014 and consist of shared standards for open practices across journals. There are notable similarities between level 3 TOP guidelines and UPPaR.

Acknowledgements: I would like to thank Emily Erickson (graduate student in the Toker Lab, Harvard Medical School) and Prof Robert Semple (Dean of Postgraduate Research, University of Edinburgh) for useful feedback when writing this piece. 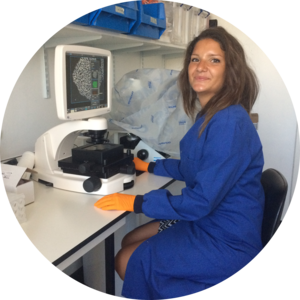 I am currently a Sir Henry Wellcome Postdoctoral Fellow at UCL Cancer Institute, focused on obtaining a systems biology-based understanding of class IA PI3K signalling in developmental and oncogenic contexts. During my PhD (2015-2018) at the University of Cambridge, I also got increasingly engaged with the emerging Open Science movement in the UK. In my role as an Open Science supporter, I advocate for an overhaul of current research assessment metrics with quality-focused alternatives, as the basis for ensuring reproducible and thriving research.