We present in SCIDATA the MARAS database on vegetation and soils of Patagonia, a region that spans close to 70 M hectares and retains one of the world´s largest remaining natural rangelands. Manuals and database code are included, as they may be useful for other dryland monitoring efforts.
Gabriel Oliva
Jefe de Grupo RRNN, INTA EEA Santa Cruz
Follow
Like

Patagonia, in the southern tip of South America, includes iconic landscapes in high-rainfall areas covered in glaciers and southern beech forests, but it is mostly a dryland created at the rain shadow of massive Andes, where westerly winds discharge humidity. Dwarf Nassauvia xerophitic shrubs, Festuca and Stipa tussock grasslands in the south and taller shrublands of Larrea in the north cover the extense arid plateaus from the Andes  to the Atlantic Ocean. Only about 0.2 M people with livelihoods mostly related to sheep, goat and cattle grazing inhabit this vast region.  Large expanses of once-productive sheep land is now vacant and mostly grazed by native guanacos.

In the early 2000`s we decided that a base line of soil and vegetation and a protocol to monitor future changes in this dryland. As in other perennial-dominated ranglands, degradation and recovery are extremely slow in Patagonia and methods suitable to detect small changes over long time frames were needed. Other monitoring sytems were explored, including WARMS and AUS plots-Tern (Australia), EPES-BIOCOM (Spain) and Jornada System (USA). We finally settled with a protocol that combines well-proven international methods.

The result was the MARAS (Spanish acronym for “Monitoreo Ambiental de Zonas Áridas y Semiaridas” or “Environmental Monitoring of Arid and Semiarid Regions” in English) network, a field-based system that includes 426 monitoring plots 270 of which have been reassesed after about five years. Six patagonian scientific teams have worked hard over 15 years to procuce it, funded initially by Global Environmental Funds (GEF Patagonia Project UNEP -PNUD ARG 07/G35) and subsequently from other government resources that kept the system working. The Chilean INIA (Instituto Nacional de Investigaciones Agropecuarias) team joined the project in 2013 and the  Laboratorio de Ecología de Zonas Áridas y Cambio Global of the University of Alicante, Spain joined in 2014. No monitoring plots are placed in Spain yet, but this international group has greatly benefited with a global perspective and has produced multiple research papers with MARAS data and provided postgraduate studies for our technicians.

Information and photographs in MARAS are freely available under a Creative Commons license. You can check this database  in https://maras.inta.gob.ar/portal/app/index.php a spanish –languaje portal that transalates accurately with most web browsers. The database with open software and the code is freely provided for programmers interested in modifying it for further uses. SCIDATA Data descriptor provides information on location, climate, grazing, cover, diversity, land function, and patch structure. Superficial soil samples analysis is also shown including values of pH, conductivity, organic C, N and texture. Error and detectable change analyisis of these measurements is also analyzed.

The MARAS data and protocol provides a interpret changes in “slow” variables that have lengthy turnover times. You may find it useful for a wide variety of regional or global floristic, ecological and biogeographic studies. Farm managers have used it to compare effects of different grazing systems and in certification schemes such as sustainable management. Gold mining industry and large-scale hydroelectric projects are using MARAS monitoring plots to certify that their activities do not harm surrounding vegetation. Governments get data to fulfill monitoring requirements of UN convention to Combat Desertification (UNCCD) and related conventions, the United Nations Framework Convention on Climate Change (UNFCCC) and the Convention on Biological Diversity (CBD). Therefore, both the MARAS data and method is of interest to scientists, administrators and land managers alike, and may be an alternative to those aiming to setup ecosystem monitoring programs in other drylands worldwide. 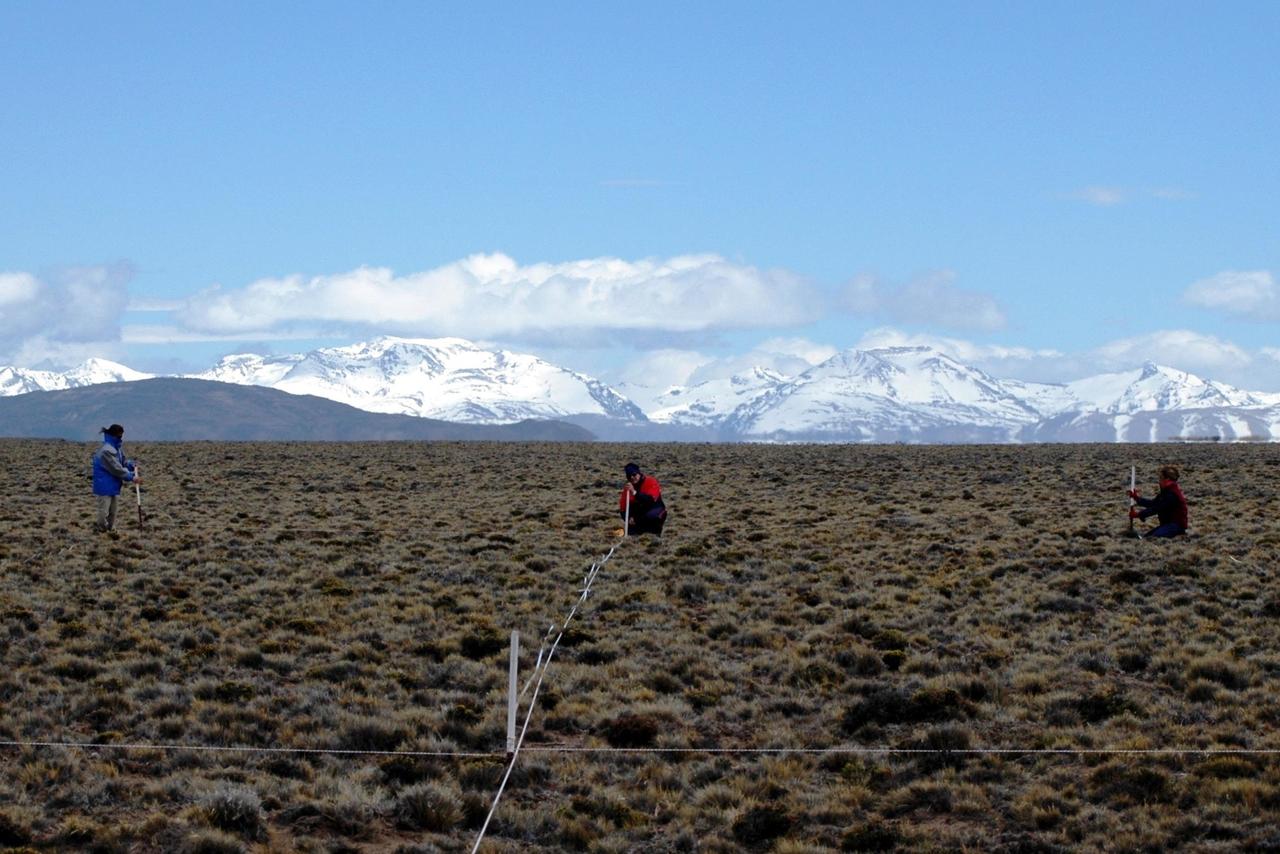 We present in SCIDATA the MARAS database on vegetation and soils of Patagonia, a region that spans close to 70 M hectares and retains one of the world´s largest remaining natural rangelands. Manuals and database code are included, as they may be useful for other dryland monitoring efforts.