Host-associated microbes provide diverse services for their host. We provide genomes for gut bacteria from a wild rodent. These genomic data can be used to better understand the functions of host associated microbes.

All organisms host a community of microbes — bacteria, archaea, fungi and viruses — which is collectively termed the microbiota. Microbiota provide useful services to their host, such as preventing colonisation of the host by other, potentially harmful, microbes, and communicating with the host’s immune system. In animals, the gut microbiota convert many of the otherwise indigestible components of the host’s diet to supply energy and other metabolites. The composition of the microbiota is important for host health and there is a wealth of literature examining processes that can affect the composition of host-associated microbiota.

My colleagues and I have been visiting the former nuclear accident site at Chernobyl, Ukraine since 2011, with the aim of identifying the ecological and evolutionary consequences of inhabiting an area that is contaminated by radionuclides. One of the most interesting aspects of our work was the marked change in the composition of the gut microbiota of a small rodent, the bank vole Myodes glareolus, inhabiting contaminated areas. Whether this response by the gut microbiota to contamination was a direct effect of exposure to radionuclide contamination is unclear, as the composition of a host’s gut microbiota community often depends on the host’s diet or its physiology. In particular, we wanted to uncover the types of ‘services' that are affected by a change in gut microbiota composition.

Microbiota can provide useful services to the host because of the diversity of genes present in the microbial genomes. A huge effort to sequence the genomes of microbiota from humans and laboratory models, such as mice and rats, makes it relatively straightforward to quantify how a change in community can alter the microbiota’s function. Despite the rapidly expanding interest in describing the species within the microbiota of wildlife, comparatively little is known about about the genomes, and hence the functions, of their microbiota. Our bank vole metagenomics project was born in the frustration derived from the few available microbiota genomes from wild rodents.

To better understand the likely change in function associated with altered microbiota community composition, we began a collaboration with the Earth Microbiome Project 500, which supported metagenomics sequencing of bank vole faecal samples. Our data is a collection of 254 metagenome assembled genomes (MAGs) that catalogue the diversity of genes, and hence functions, within the bank vole gut microbiota.

We anticipate that these data will have wide applications, such as quantifying the change in functions associated with inhabiting diverse environments and to quantify the core functions of bacterial families such as the S24-7 (phylum Bacteroidetes) that are common in rodent gastrointestinal tracts.

Our description of these bacterial genomes is published in Scientific Data, and can be found here. 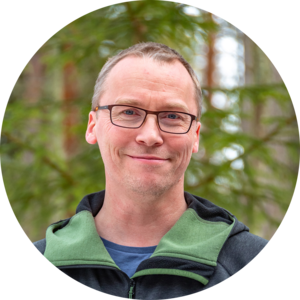