Contributor
On the Road

Over 7-9 February 2022, the Blue-Cloud Hackathon brought together 150 marine science practitioners and computer scientists to test Open Science services to address Ocean challenges. Three teams were awarded for their work towards improving aquaculture management and studying wildlife interactions.
Sara Pittonet Gaiarin
Senior Project Manager, Trust-IT
Follow
Like Be the first to like this
0

As the Future of Seas and Oceans Flagship Initiative’ of EU HORIZON 2020 programme, Blue-Cloud is the thematic open science cloud for the marine domain. It federates services offered by marine data infrastructures, research infrastructures and e-infrastructures in Europe to support and empower Ocean research. Blue-Cloud is building a platform for collaborative Open Science offering a wealth of data, analytical tools and computing power to support researchers in developing solutions for a safe, healthy, productive, and transparent Ocean. The platform features a Data Discovery and Access Service that allows users to fetch about 10 million datasets from leading European marine data infrastructures (such as EMODnet and CMEMS) in one environment. These data and derived data products can be exploited in the Virtual Research Environment, where Virtual Labs are set to enable users to execute methods and perform collaborative research tasks.

The hackathon was a challenging opportunity to attract and engage many external users in trying out the Blue-Cloud platform and its services over a short and intensive time frame.

Hacking the ocean with Blue-Cloud

Thanks to the Virtual Labs created as real life demonstrators in the framework of the Blue-Cloud project, participants were challenged to develop applications that contribute to improving knowledge of marine ecosystems; support the transition to a greener, blue economy; advance Ocean literacy; and/or enhance international collaboration towards achieving the Sustainable Development Goals (SDGs) of the United Nations Agenda 2030. Teams were invited to address specific challenges within three Topics and one wildcard:

32 teams took part in the hackathon, featuring 149 participants from 73 countries. 27 mentors from the Blue-Cloud Consortium guided and supported participants in their journey. A total of 23 Teams completed the challenge, representing 111 participants. Amongst these 23 Teams, 10 were invited to defend their ideas during a “Pitching & Award Live Event”, as finalists.

Notably, and reflecting the nature and key target users of Blue-Cloud’s services, Data scientists and marine researchers made up about two thirds of the hackathon participants. There was also a considerable representation from students of both marine and computer science (about 20%), which is a promising signal for future talent and skills in support of Ocean research and the Blue Economy. The Blue-Cloud Hackathon was the first hackathon experience for almost half of the participants. Roughly one third had already attended similar events, while the rest could be considered hackathon “veterans”.

The “Pitching & Award” event took place online on 9 February welcoming more than 130 attendees, introducing the finalist teams of the hackathon, who had the chance to present short video-pitches of their ideas developed during the hackathon. A panel of external expert judges were onboarded to evaluate the ideas and submissions of the teams, interact with participants and decide which ones deserved the 1st, 2nd and 3rd place awards. In addition, a "Blue Skies Award" was granted by popular vote.

The Particle Trackers came out on top winning the first prize with their “Sea Clearly” idea, which can help aquaculture providers, managers and end-users track pollutants such as microplastics in areas near aquaculture farms. Aquaculture was also at the core of “PerfeCt - Performance of Aquaculture under Climate change”, which was developed by the AqAdapt team and attained the second prize. The podium was closed by the Marine Wildlife Trackers, which proposed a “Wildlife Tracker for Oceans”, a real-time assessment for marine fauna habitat with phytoplankton hotspots. The Particle Trackers also received the Blue Skies Award, with 27.7% of the popular vote, while AqAdapt came in second place with 24.9%.

The three winning teams will be awarded funding and two dedicated coaching sessions to further develop, boost and promote the uptake of their solutions. Up to 2 members of each team will also be invited to take part in the final Blue-Cloud conference at the end of the project, with their travel costs covered.

"We are so thrilled that the Blue-Cloud will enable us to develop our idea! As early career researchers, who often work alone, we had so much fun working together from Florida to London, Bern & Utrecht! We will now define stakeholders that will benefit from our tool, while developing the code, website and phone app for wide usage." The Particle Trackers

The hackathon was an opportunity for the Blue-Cloud consortium to see the services developed in the project “in action”, welcoming a wide and diverse community of users to test them intensively over 4 weeks.

In 2022, the Blue-Cloud services will take another step forward and become available to more and more marine scientists in Europe and beyond.

I am currently the coordinator of the Blue-Cloud initiative, the flagship initiative of the European Commission Future of the Seas and Oceans programme, and the outreach manager for the FAIRsFAIR (https://www.fairsfair.eu) and the ARCHIVER (https://www.archiver-project.eu) initiatives. I have a 10 experience in managing the implementation of complex communication and outreach  strategies in the context of EU Open Science communications R&D projects. 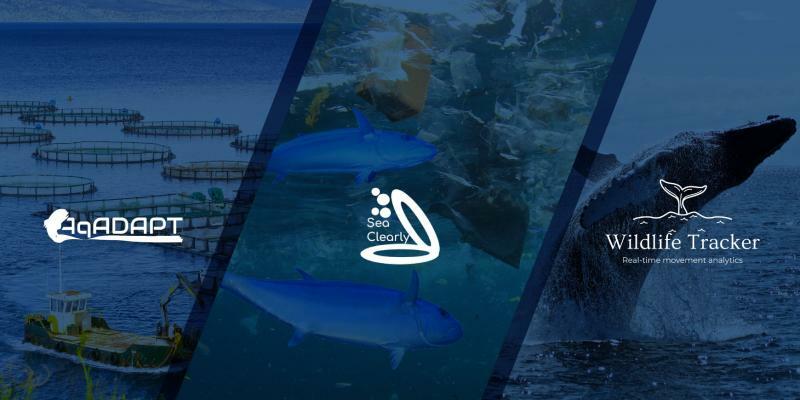