In plants, the reaction catalyzed by the enzyme GS (GS; E.C. 6.3.1.2) is considered to be the major, if not the only route responsible for the incorporation of nitrogen (N) as a form of ammonium (NH4+) into organic molecules. This is independent of whether inorganic N it is directly taken up from the soil by the roots or recycled following N-containing molecule metabolism inside the plant. Irrespective of their origin, ammonium ions are principally incorporated into the amide position of the amino acid glutamine in the presence of glutamate, an (ATP)-dependent reaction catalyzed by GS. Such a reaction in conjunction with that catalyzed by a second enzyme called glutamate synthase (GOGAT; E.C. 1.4.7.1). The GOGAT enzyme recycles glutamate and incorporates carbon skeletons into the GS/GOGAT cycle using the organic acid 2-oxoglutarate as a substrate. In this coupled reaction 2-oxoglutarate originates from photosynthetic CO2 assimilation, via the glycolysis pathway and the Krebs tricarboxylic acid cycle. This coupled reaction also represents a direct interface between C and N primary metabolisms which are both essential for plant growth and development as most of the organic molecules in plants contain these two basic elements. In particular, the two amino acids glutamine and glutamate generated by the GS/GOGAT cycle are two key N metabolites that act, via transamination reactions, as amino group donors. GS and GOGAT form most of the N-containing molecules such as other amino acids used for transport, structural and storage protein synthesis, nucleotides used for the formation of RNA and DNA. All these N-containing compounds are required to complete the plant life cycle from germinating storage organs such as seeds to their formation in order to ensure plant dissemination.

Due to its pivotal role in the process leading to the incorporation of inorganic N into organic molecules and its ubiquitous function in different parts of the plant, GS which is represented by cytosolic and plastidic isoenzymes named GS1 and GS2 respectively, has been in the past two to three decades probably the most intensively studied enzyme in terms of N use efficiency (NUE) enhancement both in model and crop plant species. In most plants, NUE corresponds to the increase in yield obtained per unit of N available in the soil, which integrates N-uptake efficiency (amount of N taken up/quantity of available N) and of the N utilization efficiency (yield/absorbed N), In species such as rice, maize, barley, pea and poplar, it has been shown that transgenic plants overexpressing GS displayed improvement in NUE, increased biomass and higher grain yield. One of the most remarkable results was the increase in grain yield obtained in maize transgenic lines overexpressing GS1, the cytosolic form of GS. However, for a future commercial exploitation of crops overexpressing GS, or elite lines and hybrids bred for higher GS activity, it was necessary to confirm that they exhibit an increased NUE and yield under agronomic conditions in different environments, a study that has never been conducted previously.

Such kind of agronomic study will determine whether increasing the GS enzyme activity could also be beneficial in terms of yield enhancement in maize hybrids which are sold commercially and currently grown in most part of the world. Moreover, maize (Zea mays L.) also called corn, is now ranked first among cereals, comprising more than 40% of the total world cereal production and as such is considered as one of the major sources of food for a large portion of world population.

In the study by Amiour et al., the agronomic potential of cytosolic GS (GS1) in maize kernel production was investigated by examining the impact of an overexpression of the enzyme in the leaf cells. Several independent maize hybrids overexpressing Gln1-3, a gene encoding GS1, in the leaf mesophyll and bundle sheath mesophyll cells in which the enzyme participates to the assimilation or recycling of inorganic N. The transgenic hybrids exhibiting a three-fold increase in total leaf GS activity were grown over five years in different locations in the USA. On average, a 3.8 % increase in kernel yield was obtained in the transgenic plants compared to controls. However, it was observed that such an increase was simultaneously dependent upon both the environmental conditions and the transgenic event for a given field trial. Although variable from one environment to another, significant associations were also found between two GS1 genes encoding cytosolic GS (Gln1-3 and Gln1-4) polymorphic regions and kernel yield in different locations. This indicates that specific regions of the two genes were involved in the control of kernel production. Significant associations were found for six trait associated single nucleotide polymorphism markers (TAS) in the promoter region of the gene encoding Gln1-3. Significant associations were also found for the gene encoding Gln1-4 for nine TAS located in the 3’ untranslated region, in the tenth exon and in the fourth intron.

From the results obtained using the transgenic and the association genetics complimentary approaches, we proposed that the GS1 enzyme is a potential lead for producing high yielding maize hybrids using either genetic engineering or marker-assisted selection. However, for these hybrids, yield increases will be largely dependent upon the environmental conditions used to grow the plants. 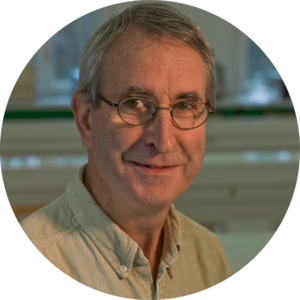