By Dominik Olszewski and Fanny Georgi on High-content, arrayed compound screens with rhinovirus, influenza A virus and herpes simplex virus infections
Fanny Georgi
Head of Faculty and Professorial Affairs, Office of the Dean, Faculty of Science, University of Zurich
Follow
Like Liked by Evelina Satkevic
0

When asked about the one constant in their career, most early career researchers would probably answer it’s uncertainty. The years between studies and eventually a permanent position are commonly characterised by changes in projects, countries, or even fields of research. While this offers opportunities to learn and grow as a scientist and a person, it also often means leaving unfinished projects behind. Among them promising projects, which received countless hours of work and importantly public funding, which may only need a few more experiments to be transformed into a manuscript. How many exciting findings might be hidden in lab drawers waiting for their final touch in order to be published? Hidden being the key word here. Without publishing, it’s almost as if the data had never been generated. Or in other words, why had we invested so much work and effort in a project that would end up on an archiving hard drive?

Such remorseful thoughts were going through my mind while I was cleaning out my desk and bench at the lab of Prof. Urs Greber at University of Zurich’s Department of Molecular Life Sciences, where I had spent the last six years researching the transmission of human adenovirus for my PhD. Having obtained my PhD and starting a new exciting job in supporting research at the Office of the Dean at the Faculty of Science just around the corner from the old lab, I realized that turning the data into a publication would require more than just a few hours every other weekend.

Together with Fabien Kuttler and Gerardo Turcatti from the Biomolecular Screening Facility at École Polytechnique Fédérale de Lausanne (EPFL), our lab had screened 1,280 mostly FDA-approved compounds combined in the Prestwick Chemical Library, short PCL, for their ability to inhibit the transmission of three respiratory viruses: human adenovirus, human rhinovirus and influenza A virus. For the first of the three viruses, we had made the screening data consisting of 2’9184 images openly available on Image Data Resource. We had also shared how the data was obtained and analysed in Scientific Data and followed-up on the best hit Nelfinavir described in a paper. We further summarized what’s known about the key viral protein in a review and finally shared the experience in a previous Behind the Paper article Transmitting a passion for science. The project had been conducted by Artur Yakimovich, Vardan Andriasyan, Robert Witte, Luca Murer, Alina Rozanova and me during our time as PhD students or PostDocs in Urs’ lab. And just as I was about to, most of them had left the lab. The main goal of the SNSF-funded project was to potentially repurpose compounds as antiviral therapeutics and hence contribute to a sustainable use of drug candidates, time, and money. And exactly the data harbouring such opportunities might never become publicly available? Luckily, the next generation of PhD students in the Greber lab was eager and motivated not to let these efforts go to waste.

A former PostDoc once told me that plotting one’s motivation throughout your PhD years reveals a striking similarity to the Dunning-Kruger-Effect. While I wasn’t bought on this hypothesis at the time, I think I collected enough evidence to support it over the last years of my PhD. At a point when my mood was asymptotically approaching the x-axis because my main project was not progressing as we’d anticipated, Fanny and I came up with an idea – probably at a TGIF. I would take over the project and enrich it with data from screening the library against a fourth virus, herpes simplex virus, and combine all screens into a pan-viral dataset. With additional support from another PhD student in the lab, Anthony Petkidis, we identified potent inhibitors and some boosters of these viral infections. Strikingly, we found that the topical antiseptic compound Aminacrine, which is clinically used against bacterial and fungal agents, inhibited all three viruses. And most importantly, we make all data, how we analysed it, and our findings, openly available in High-content, arrayed compound screens with rhinovirus, influenza A virus and herpes simplex virus infections. Meanwhile, during times of SARS-CoV-2 pandemic, another PhD student and a postdoctoral scientist in the lab applied a similar strategy to screen 5,440 compounds in a full cycle fluorescent plaque assay against SARS-CoV-2 and its variants of concern.

Together, this great experience told me that collaborating across PhD generations not only supports sustainable science, but also has a sense of companionship. With this in mind, Fanny and I thank Artur, Vardan and Anthony, as well as Luca, Robert, Alina and Romain for their collegiality and input, and Urs and his lab for a supportive and constructive environment.

Fanny Georgi
Head of Faculty and Professorial Affairs, Office of the Dean, Faculty of Science, University of Zurich
Follow 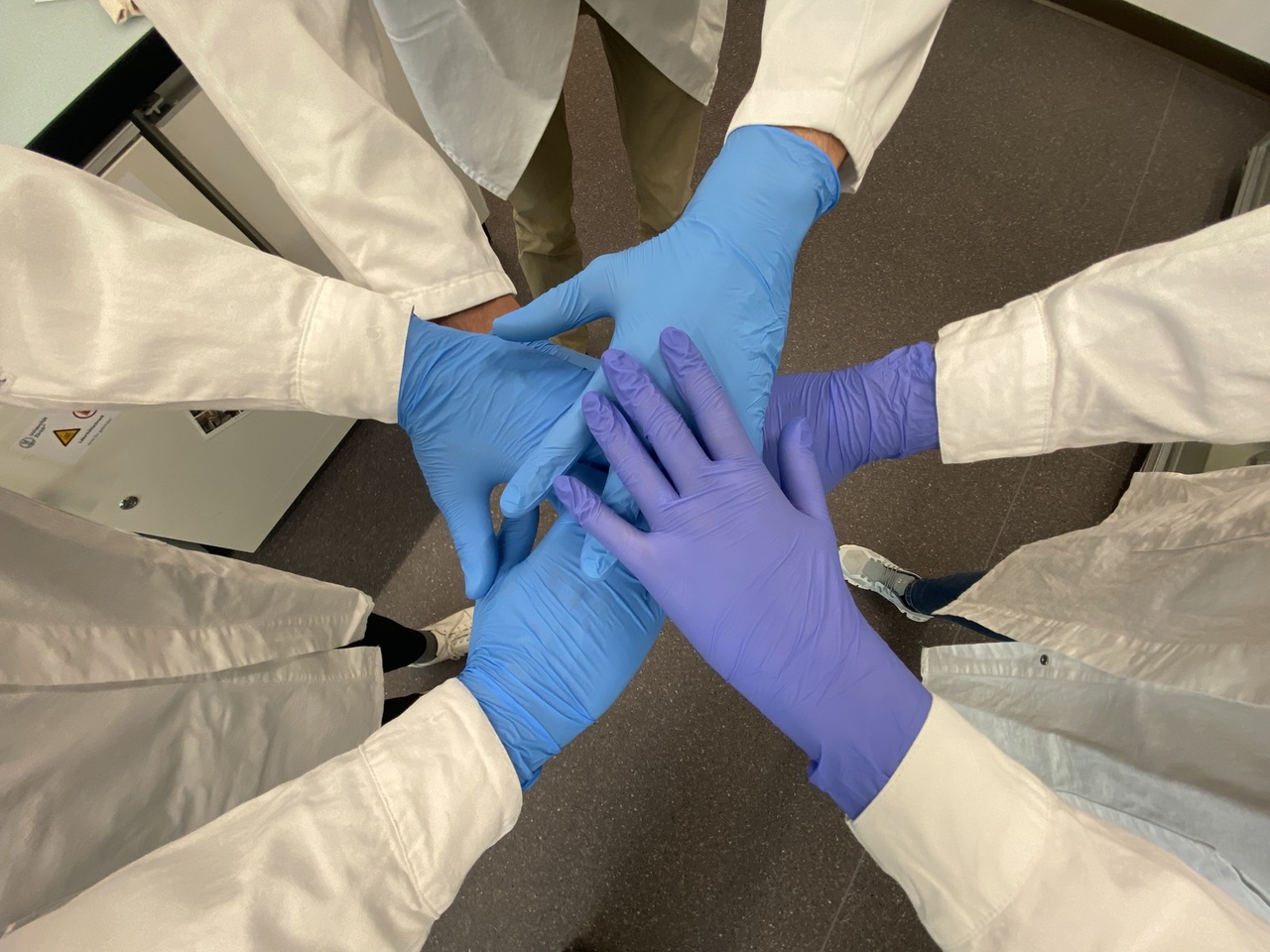