Working on datasets is, to me, both an investigation and a mental gymnastic. Starting from the parts that lack information or that seemingly contain outliers, up to the point where data formatting requires for us to juggle between different data tables, it is a real work behind the scene.  When I first heard of a ‘data paper’, I saw it as a proper way to communicate on these issues, as well as sharing the work accomplished.

Data collection is largely present in the fisheries science, whether it comes from landings or scientifics cruises. In an environment as large and wide as the ocean, they represent a goldmine when  investigating the relations and dynamics of the different existing compartments. Many monitoring programs help with the understanding of significant alterations that marine environments undergo, especially in ecosystems that can be hard to observe.

The dataset published here was my first encounter with this field of marine ecology. I was able to participate in the NOURSEINE survey, which revealed itself to be a good opportunity to learn about different fish species, and thus help with the better understanding of the data. The Seine estuary is not really at the top of the list of places to visit, but it does not mean that you will not get a nice sunrise greeting your boat at the start of the day.

As a data scientist, I think that taking part in the data collection is crucial to make more sense of it. With this experience, I have learned the difficulty of species identification and realized that stamina and concentration are required for sorting the fished samples, reporting weight and measurements, all of that while the fishing operations were still ongoing. Therefore, I feel that it is important for the scientists that will make use of this data to commit to such programs. Moreover, letting a few people managing such projects build a lot of expertise, which may induce a loss of information when they leave. In our case, the year 1999 was solely focused on commercial species but the reason why is not known anymore.

Long term ecological series stand on the application of a unique protocol that ensures its continuity. The implementation of said protocol is therefore a major step as it will shape the data analysis. In this aspect, in the data paper, it seemed equally important to describe the protocol established during the data collection to  explain the variations that have occurred across the years, making the analysis slightly more complex. It was also a way to be as transparent as possible in a time where open data is developing more and more. The open access publication and sharing of scientific data enable a better communication to the general public, the scientific community and the different actors in management policies. The Seine estuary gathers several actors; from economic activities of the harbors to the management of the nursery areas prospected during NOURSEINE. The publication of our dataset was also a way to help the cooperation between the actors in this ecosystem.

The NOURSEINE dataset describes the abundances and densities of 161 fish species and benthic fauna on the nursery grounds of the Seine estuary and eastern bay of Seine. This data can be used by fishery scientists and ecologists interested in the early life stages of commercial species or by the impact of human disturbances, such as harbor developments, on estuarine communities. 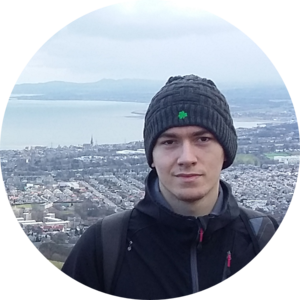 PhD Student in Marine Ecology, IFREMER (French Institute for the Exploitation of the Sea)