Freshwater invertebrates use a wide variety of strategies to move across landscapes. Most of these invertebrates can swim, crawl or drift to disperse among connected aquatic habitats, and insects with winged adult stages can also fly over land. In addition to these different ways of moving, invertebrate life cycles and reproductive strategies also influence their dispersal abilities. Knowledge on invertebrate dispersal is limited due to their high biodiversity and difficulties in assessing dispersal between populations of these small organisms. Typically, dispersal is measured for single species or combinations of few species using methods based on mark-and-recapture surveys, stable isotope analysis, or population genetics. Such methods can directly assess dispersal events – but are expensive and time-consuming, making them impractical for studies done at the community level or at large spatial scales. However, functional traits, which represent organisms’ morphological, behavioural and life-history features, provide a cost-effective way to assess the dispersal potential of multiple taxa. 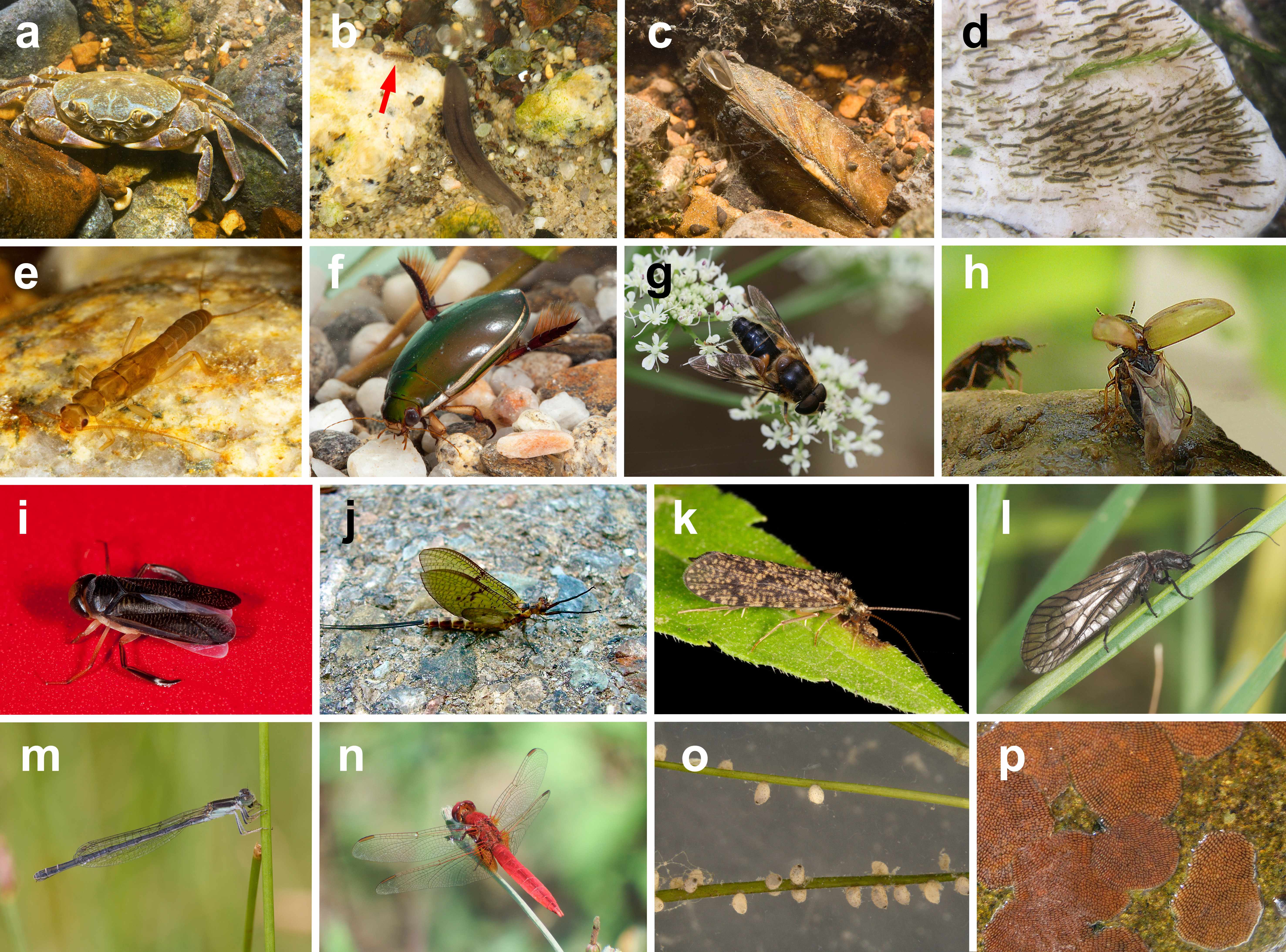 Figure 1. The dispersal-related trait diversity of aquatic macroinvertebrates. Taxa that disperse in water include the crustacean genera Potamon (a) and Asellus (arrow in b), planarians (b), the bivalve mollusc genus Unio (c), insect larvae such as the Diptera genus Simulium (d) and Plecoptera genus Leuctra (e), and adult Coleoptera including the dytiscid genus Cybister (f). Such aquatic dispersers may move passively in the drift (c, d) and/or actively crawl or swim (a, b, e, f). Most adult insects have wings and can fly overland (f–n). Wings are morphologically diverse and include various types: one wing pair, as in Diptera such as the syrphid genus Eristalis (g); one pair of wings with elytra for Coleoptera including the genus Enochrus (h) or with hemielytra for Heteroptera such as the genus Hesperocorixa (i); two wing pairs including one pair of small hind wings for Ephemeroptera including the genus Ephemera (j); and two pairs of similar-sized wings for the Trichoptera genus Polycentropus (k), the Megaloptera genus Sialis (l) and the Odonata genera Ischnura (m) and Crocothemis (n). Wings range in size from a few mm in some Diptera (g) up to more than 3 cm (l-n), with the Odonata exemplifying the large morphologies. Taxa vary in the number of eggs produced per female, ranging from tens per reproduction cycle for most Coleoptera and Heteroptera such as the genus Sigara (o) to several hundreds in the egg masses of most Ephemeroptera and Trichoptera, such as those of the genus Hydropsyche (p). Credits: Adolfo Cordero-Rivera (a–g, i, k–n), Jesús Arribas (h), Pere Bonada (j), José Antonio Carbonell (o) and Maria Alp (p).

By uniting 19 experts from eight countries, we created DISPERSE: an online database of information describing a comprehensive range of traits that influence the dispersal abilities of European freshwater invertebrates. This unique, open access resource will enable researchers and managers to estimate freshwater invertebrate dispersal potential more accurately than previously possible. This project started as a two-month scientific visit funded by the COST action CA15113 Science and Management of Intermittent Rivers and Ephemeral Streams in 2017, and continued for years later through the collaboration of all co-authors. By searching published and unpublished literature and using our own direct measurements of hundreds of individual organisms, we compiled information on nine dispersal-related traits representing the behaviour, morphology and life-history of 480 taxa.

DISPERSE is the first freely available database describing the dispersal traits of freshwater invertebrates, including both aquatic and aerial (i.e. flying) life stages. By promoting the incorporation of dispersal proxies into fundamental and applied research, DISPERSE will advance our understanding of populations and communities in freshwater ecosystems including rivers, lakes and wetlands. The database is currently a Europe-wide resource, which we hope will be updated and expanded as new information on more taxa and traits becomes available – both across and beyond Europe. As global freshwater biodiversity declines at unprecedented rates, collecting, harmonizing and sharing dispersal-related data will underpin evidence-informed initiatives that seek to protect organisms within functional ecosystems. 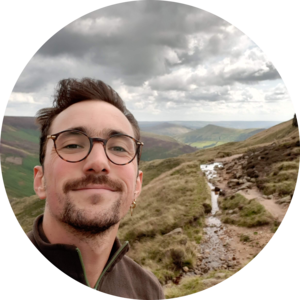