Development of a dataset on civic crowdfunding and Sustainable Development Goals to study citizen impact of digital activism and collaboration between stakeholders.

In a still early context of releasing open research data in the Social Sciences, we present the results of a pioneering initiative that unites action research and open knowledge, developed in collaboration between the Dimmons research group of the Universitat Oberta de Catalunya and the Goteo civic crowdfunding initiative. It consists in a detailed dataset and its corresponding data descriptor in Scientific Data, containing various statistical details on 487 campaigns on Goteo.org that followed various crowdfunding modalities, in parallel to its relationship with the Sustainable Development Goals (SDGs) of the United Nations.

For this, through a process of coding and enriching data based on the 17 SDG indicators, in accordance with the impact “footprints” that Goteo was already presenting on its campaigns, between both organizations we have managed to generate not only a volume of open data reusable by other research initiatives on SDGs and crowdfunding, but also a qualitative and quantitative improvement in the way the Goteo platform itself allows to classify campaigns in relation to the SDGs.

The Goteo open source platform, led by the Goteo Foundation, is an experience born in 2011 for the development of social and solidarity economy initiatives and open knowledge, something that in the platform’s strategy translates as “crowdvocacy”. Apart from a crowdfunding tool used by thousands of projects and hundreds of communities since its beginning (to achieve collaborations both monetary and in other voluntary resources), Goteo constitutes in a way an experimentation laboratory in citizen participation and civic technologies (similarly to projects like Ushahidi or Decidim). As an example, among its different platform features one of the financing modalities that Goteo enables for campaigns is “match-funding”, which consists of an algorithm for automatic multiplication of donations thanks to a monetary fund of public and private entities, which in this way “match” contributions for the types of projects they want to support. Added to this, there’s an initial mechanism for users of the platform to classify their initiatives according to three types of impact “footprints” (social, democratic and ecological), and a first automatic assignment of relationship with the SDGs that through this collaboration with Dimmons team could be refined and extended, prior to the preparation of the open dataset that we now share.

We believe that this open data and open research initiative can be a good starting point to continue expanding possibilities of transdisciplinarity and action research, so we would like to invite more researchers and digital activists to contact Dimmons or access the Goteo API for exploring the reuse or improvement of the dataset that we have prepared. From this open knowledge perspective, we also believe that it is important to raise the need for more crowdfunding platforms (and for civic software in general) to join this effort and release open data, to allow a wider and rigorous access to derived research that can broaden this field of knowledge. From a perspective of social impact of civic technologies, based on the idea of “crowdvocacy”, future lines of similar research that we are considering is to continue refining the analysis of citizen participation around the SDGs within other platforms related to Goteo, as well as in its connection with more stakeholders and actors in the economy, governance and sustainability spheres. 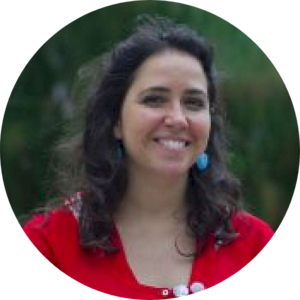 Mayo Fuster Morell is the Dimmons director of research at the Internet Interdisciplinary Institute of the Open University of Catalonia. Additionally, she is faculty affiliated at the Berkman Center for Internet and Society at Harvard University, and at Institute of Govern and Public Policies at Autonomous University of Barcelona (IGOPnet). In 2010, she concluded her PhD thesis at the European University Institute in Florence on the governance of common-based peer production, and have numerous publications in the field. She is the principal investigator at UOC for the European project DECODE Building the next generation of cooperative data platforms for digital sovereignty. She was PI for IGOPNet of the European project P2Pvalue: Techno-social platform for sustainable models and value generation in commons-based peer production. She is also responsible of the experts group BarCola on collaborative economy and commons production at the Barcelona City Council.
Follow