This is a great summary and background of our paper--"County-level CO2 emissions and sequestration in China during 1997–2017".

With the development of modern cloud-based processing power, more meaningful  information from these satellite images can be attracted. Compared with other data sources, it has two main advantages1: 1) access to information difficult to obtain by other means; 2) wide geographic coverage

Professor Jiandong Chen from Southwestern University of Finance and Economics has been studying satellite data since 2016 and has published a couple of related articles in academic journals such as Applied Energy, Ecological Indicators, and China Economic Review. Our dataset recently published in Scientific Data is an important application of the nightlight data in the field of climate change and carbon emission accounting.

In response to this article, the idea first came from a discussion between Jiandong and Dr. Ming Gao, who is a 2-year PhD candidate of Jiandong, at the beginning of 2019. Jiandong believed that the night light data could be used as an excellent auxiliary indicator for downscaling China’s provincial-level carbon dioxide emissions to China’s counties, where carbon dioxide data are relatively scarce and inaccurate. Then we started this research and our stories began.

The biggest challenge in processing nighttime light data is the inconsistency of the data. There are two sets of widely used nighttime light data. One is the DMSP/OLS (1992-2013) images and the other one is NPP/VIIRS (2012-2020) images, which all derive from NOAA Earth Observation Group (https://ngdc.noaa.gov/eog/download.html). However, there are evident gaps in the two sets of data, which have hindered the construction of long-term nighttime light data sets. Through constant exploration, we attempt to use an artificial neural network (ANN) to explore the relationship between the DMSP/OLS and NPP/VIIRS data and obtained better fitting results. The process is not easy. We first tried econometric models (variable coefficient random and fixed-effect models), but the fitting effect was not significantly improved compared to the fixed-effect models previously studied. Considering that artificial intelligence algorithms have better advantages than general econometric models in fitting nonlinear relationships, we have tried using BP algorithms, RBF algorithms, and so on. Then, we select the BP algorithm according to the fitting effect, and use the PSO algorithm to optimize the ordinary BP neural network.

The process of research and communications with co-authors are pleasant. All the authors have fully participated in the research and enjoyed it very much. Concerning specific experimental designs and operation details, Ming has made great efforts to explore the basic processing and matching of two sets of nighttime light data. Based on Ming's experiment, we repeatedly discussed dozens of times and finally improved the research methods and designs. By the end of 2019, when Jiandong and Wenxuan’s team were conducting academic exchanges at Xiamen University, we further discussed the research in-depth and improved the research framework of the article. Simultaneously, during the entire research framework design process, Dr Yuli Shan (a faculty research fellow at the University of Groningen) had guided Ming for several times online and provided many valuable suggestions, which greatly improve the quality of our paper. Other co-authors also made great contributions. All these efforts ultimately made the article successfully published. 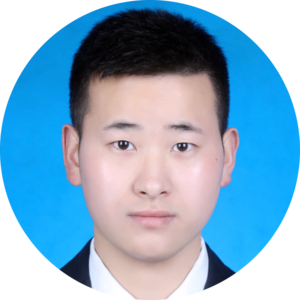