As many scientists know, an interesting research often stems from a specific accidental circumstance, and this story makes no exception.

The project of gathering and analysing long-term data to eventually assess the environmental impact of a small hydropower plant dates back to 2015, the year of my M.Sc. thesis.

Indeed, the geographical setting of this investigation is the Matschertal/Val di Mazia, located in South Tyrol, in the Italian Central-Eastern Alps. The whole valley constitutes a Long Term Ecological Research site (https://deims.org/11696de6-0ab9-4c94-a06b-7ce40f56c964) where data concerning meteorological parameters, soil organisms, floral and faunal composition have been collected since 2008. The sampling of aquatic macroinvertebrates in the main stream of the valley, the glacier-fed Saldur stream, started in 2010 and proceeded smoothly until 2014. In 2014, the local administration decided to construct a small "run-of-river" hydropower plant on the Saldur stream: while at the beginning we were a little bit perplexed concerning the fact of building such a hydropower plant on a near-pristine alpine stream, as scientists we soon realised the potential of this unexpected event. From 2015, the year of my M.Sc. thesis, we adapted the long-established sampling design to the presence of the hydropower plant, so that we could gather data of aquatic macroinvertebrates to later perform a thorough analysis of the environmental impact of the hydropower plant, using aquatic macroinvertebrates as a proxy of habitat change/quality. Indeed, while small hydropower plants are experiencing an unprecedented global boom, no data focusing on explicitly evaluating their impact on the riverine ecosystem in a long-term time span exists.

Normally, concerning alpine streams, it is even difficult to have streams sampled more than two years in a row, and/or more than 1-2 times per year.  For this study we continue to gather data, focusing on the hydropower plant, for 5 consecutive years, publishing them in the accompanying article to this post. Sampling every month from April to September, each of the 5 years, allowed us to collect and identify about 70,000 macroinvertebrates. To give you an idea of how many they are, putting one macroinvertebrate per seat, the emblematic stadium “Santiago Bernabeu” of the world-renowned football team Real Madrid C.F. would be nearly completely sold-out! However, since the dataset included in the publication is focused on the sampling events performed in April and September only, it contains the taxonomic and abundance data of about half of the total number of organisms. This allowed us to further deepen the taxonomic resolution of our identifications, while also focusing on the months where the greatest environmental impact of the hydropower plant is expected - when the water discharge is lowest, just after the winter and before the fall season.

We are glad to share our dataset with other scientists, as this constitutes for sure an important milestone in an advisable critical approach to the possibilities that hydropower generation may nowadays offer within the framework of promoting renewable energy production. 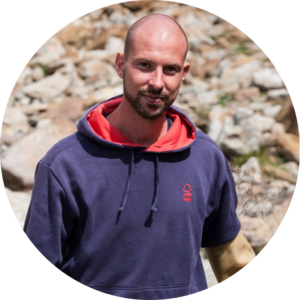