Annotating regulatory sequences in the genome of an important pollinator

Read more
Bumblebees are a genus of pollinating insects that are economically important for crop pollination. Firstly, they were well known as excellent pollinators of greenhouse tomato crops. Nowadays, bumblebees have been successfully applied in over a hundred other crops exhibiting benefits as commercial pollinators. Bumblebees are also ecologically important pollinators, serving as the sole or predominant pollinators of many wild plants. However, the decline of bumblebee abundance and distribution resulting from global and local environmental changes is threatening pollination services to both wild plants and crops, raising concerns for bumblebees, the plant species they service, food security, and ecosystem stability.

With the release of several species of bumblebee genomes, researchers around the world began to perform resequencing and population genomics studies to identify genes that control the important ecological and behavioral traits of bumblebees, which will inform the use of bumblebees in agriculture, as well as the design of strategies to prevent the decline of this important pollinators. We are among the researchers who are looking for functional genes in bumblebees, but during our studies we realize that many candidate functional loci are residing outside of the annotated bumblebee protein-coding genes. In fact, similar phenomenon has already been found in studies on model organisms, where identified functional loci are within non-coding, regulatory sequences. However, regulatory sequences, such as promoters and enhancers, have been poorly annotated in bumblebee genome, so we do not know exactly whether our identified functional loci locate within regulatory sequences or not.

To address this issue, we employed ATAC-seq (Assay for Transposase-Accessible Chromatin with high-throughput sequencing), a cutting-edge technique that can determine accessible chromatin regions across the genome, from which regulatory sequences can be inferred genome-wide. In this study, we used ATAC-seq to perform a genome-wide survey of accessible chromatin regions in Bombus terrestris, the most widely used commercial bumblebee species globally. To achieve a comprehensive profile of open chromatin regions and provide clues for all possible regulatory elements in the bumblebee genome, we generated chromatin accessibility datasets for B. terrestris samples derived from its four distinct developmental stages: egg, larva, pupa, and adult, respectively. Our study revealed > 36,000 open chromatin regions, which will provide an important resource for uncovering regulatory sequences in the bumblebee genome. Our dataset may also be useful in expanding our understanding of bumblebee biology throughout development. 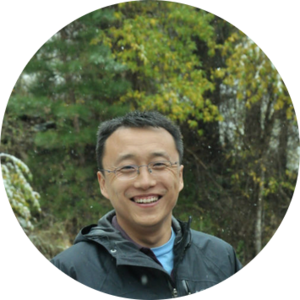