Within the framework of the H2020 project FIDUCEO we generated a new Climate Data Record (CDR) of tropical Upper Tropospheric Humidity (UTH) based on satellite microwave data, covering the time period from 1994 to 2017 and for the first time providing estimates of measurement uncertainty.

Water vapour is the predominant greenhouse gas in the Earth’s atmosphere and is responsible for one of the most important climate feedbacks: As the climate warms, the water vapour concentration is expected to increase, which further amplifies the warming resulting from increasing anthropogenic greenhouse gas concentrations. Even though most of the atmospheric water vapour is confined to the lowest levels of the troposphere, the water vapour feedback is dominated by changes in the comparably small amount of water vapour in the upper troposphere called Upper Tropospheric Humidity (UTH). To predict how UTH will change in the future, we have to rely on complex climate models. To evaluate whether such models can reproduce the observed trend in UTH, we need long-term observational data records of UTH.

Our primary motivation for generating a new UTH data record was the availability of a new so-called Fundamental Climate Data Record (FCDR) created within the project FIDUCEO. It contains radiance measurements from the three passive microwave sensors SSMT-2, AMSU-B and MHS, from which UTH can be derived. The creation of an FCDR is a challenging task, because the instruments onboard operational weather satellites were not designed for climate monitoring, but primarily for assimilation in Numerical Weather Prediction. As a consequence, there can be discontinuities between the measurements of successive satellite missions and instrumental deterioration can lead to artificial trends in the observations. In FIDUCEO, novel approaches for instrumental recalibration and uncertainty analysis were developed based on metrological principles, making the new FCDR standing out by better agreement between successive satellite missions and by providing quantitative information on measurement uncertainty. Our UTH CDR, which is based on this new FCDR, profits from all these improvements.

At the same time, we wanted to address another issue inherent to the quantity UTH. It can either be derived from measurements in the microwave spectral region (like in our case) or from measurements in the infrared spectral region. Microwave instruments are the newer ones and have the advantage that the measurements are less impaired by clouds in the atmosphere. However, measurements by infrared instruments go back further in time and are therefore more suitable to create long climatological time series of UTH. Combining UTH observations from infrared and microwave instruments is problematic due to the way UTH is defined. The established definition includes a weighting function, which depends on the specific instrument used for the measurement. UTH derived from infrared and microwave measurements are therefore defined differently. To improve that, we proposed a new definition of UTH, which is identical for microwave instruments and for an early generation of infrared instruments. For the future this opens the possibility to expand our microwave UTH CDR to earlier years using infrared observations, generating a time series that covers more than 40 years in total and thus is a promising tool for future studies of the water vapour feedback.

The new microwave UTH CDR is freely available at the CEDA Archive. 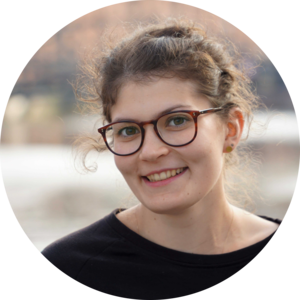