Space missions are getting longer and farther away from Earth as we push the limits of our space endeavors. To date, NASA has sent five rovers (most recently, Perseverance) and a helicopter (Ingenuity) to Mars, and has future missions planned for Europa, one of the four moons of planet Jupiter. With each undertaking having more deliverables than its predecessor, the stakes are even higher for success. This success relies on proper function of moving mechanical components in, for example, drive systems, scientific instrumentation, and sample caching systems. These components require some form of lubrication to function reliably and efficiently, given the lack of serviceability and limited sources of energy in space or distant planets. Liquid lubricants (oils) cannot be used in this scenario because of their tendency to thicken or freeze at sub-zero temperatures. For some components, like those in drive systems, vacuum greases that have low volatility and outgassing are used to provide lubrication. However, vacuum greases are not a one stop solution for other mechanical components, for instance, those in scientific instruments and sample (rock and soil samples) caching systems, which are highly sensitive to potential contamination from greases.

This is where dry film lubricants (DFLs) come in. DFLs are mostly thin coatings of solid materials bonded to surfaces of moving components. As the name implies, these lubricants do not have volatile components nor do they flow like oils and greases. DFLs provide a low-shear strength layer on the surface which is designed to last for the duration of the mission. Longer missions and harsher environments call for new and better DFLs. The longevity of DFLs partly depends on their adhesion to the substrate, where stronger is better. Adhesion also depends on the substrate, but component materials cannot be selected solely for their adhesive characteristics. For example, some materials may have desirable properties such as high strength to weight ratio and corrosion resistance, but have low adhesion to DFLs. Further, in some mechanisms, component surfaces are subjected to thermochemical or electrochemical treatments such as nitriding and anodizing.

To characterize DFLs for these various surfaces, our research team at the University of California Merced collaborated with scientists at Jet Propulsion Lab to perform a comprehensive set of tribological tests. This project was particularly exciting because part of the testing contributed to design decisions for the sample caching system on the Mars Perseverance rover.

Specifically, we performed over 150 tests to collect friction performance data using a tribometer (seen in Figure 1, left) for different substrate materials including 440C stainless steel, Nitronic 60 stainless steel and titanium alloy (Ti6Al4V), sliding against 440C stainless steel ball (uncoated or sputter coated with MoS2). Substrates underwent different surface treatments, including anodizing (with or without PTFE impregnation) nitriding and electrical discharge machining. Some were coated with DFLs, including Microseal 200-1, sputtered MoS2 and i-Kote. Some friction tests were performed in inert gas environment (nitrogen) to simulate space conditions or after baking the samples in vacuum at 150 °C for one hour.

Data collection also involved fabrication of custom test specimen that were processed using a variety of commercially available techniques provided by multiple different companies and performing tribological experiments across a range of operating parameters and environments. To perform inert environment (nitrogen) tests, we designed and fabricated a custom enclosure with multiple sensors to track humidity, oxygen, and temperature during the test duration, that was retrofitted onto the tribometer (shown in Figure 1, right). Running such experiments, particularly with the material and surface treatments studied here, is both expensive and labor-intensive. This data may be valuable to anyone considering corrosion resistant, anti-galling surface treatments and tribologically superior dry film lubricants in their mechanical components, particularly for space applications.

Generally, vehicles that will operate in the extreme conditions of space need to satisfy multiple design criteria, some of which are conflicting. Selecting the right material for a given tribological application is facilitated by a large set of frictional performance data for different material candidates, DFLs, and surface treatments at different loading, speed, and environmental conditions to identify optimal design strategies. Such data can also provide fundamental insights into the tribological behavior of materials, surfaces, and coatings. 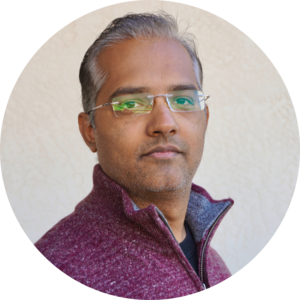