A dataset of DNA methylation profiles of leukemic cells from patients with chronic lymphocytic leukemia (CLL) that allows comparing patients with or without resistance to chemotherapy with fludarabine or bendamustine, as well as patients with different genetic aberrations.

Might resistance to chemotherapy also be caused by epigenetic changes? Trying to answer this question, we started this project with the aim to identify possible connections between epigenetic changes at the level of DNA methylation in chronic lymphocytic leukemia (CLL) and the development of treatment resistance.

CLL is the most common leukemia in the Western world and mainly affects elderly patients. CLL is biologically heterogeneous and importantly this determines the differing clinical course in specific subgroups of patients. For example, CLL patients with somatic hypermutation of the variable region of the immunoglobulin heavy-chain genes (IGHV) have better prognosis, whereas chromosome aberrations like del(11q) and del(17p) or mutations in specific genes (TP53, ATM, NOTCH1, SF3B1) confer worse response to chemotherapy and worse overall prognosis. However, resistance of CLL to chemotherapy can also occur without detectable cytogenetic aberrations or gene mutations. We therefore hypothesized that epigenetic changes might confer resistance to chemotherapy in CLL cases without discernible genetic aberrations.

In order to identify these epigenetic changes that are associated with chemoresistance, we selected and compared groups of patients with differential response to chemotherapy: patients not yet treated; patients achieving prolonged remissions after treatment with fludarabine or bendamustine; patients with relapsed or refractory disease after treatment with fludarabine or bendamustine. The presence of TP53 aberrations like del(17p) and/or mutation of the TP53 gene that most often occur simultaneously in CLL have strong impact on prognosis and treatment outcomes and could obscure the effect of epimutations on chemoresistance. We therefore additionally stratified patients according to their del(17p)/TP53 status. We also aimed for balanced presence of IGHV-mutated and unmutated patients in the different patient groups and controlled the presence of common chromosomal aberrations in CLL – del(11q), tri12, del(13q). DNA methylation profiles of a total of 71 CLL patients were obtained. We used different analytical and statistical approaches to identify epigenetic changes correlated with chemoresistance. To our great disappointment however, we could not find any robust and significant evidence that chemoresistance correlates with DNA methylation.

However, we noticed that DNA methylation profiles of CLL patients with del(17p)/TP53mut differed from the rest. Most of the differentially methylated CpGs (>90%) were hypomethylated in CLL samples with del(17p)/TP53mut. Interestingly, the few hypermethylated CpGs were located predominantly in CpG islands, whereas hypomethylated CpGs were mostly in the so-called “open sea”, i.e. regions away from the CpG islands. DNA hypermethylation in CLL patients with del(17p)/TP53mut was concentrated in regulatory regions of genes that in normal B cells are repressed by the Polycomb repressive complex 2 (PRC2) or are in a poised state, i.e. harbor epigenetic marks associated with transcriptional activity but are not expressed. On the other hand, DNA hypomethylation in CLL patients with del(17p)/TP53mut occurred predominantly around recognition motifs for NFAT, EGR and IRF transcription factors, as well as in heterochromatin regions away from transcription start sites, promoters and actively transcribed genes. We hypothesized that dysfunctional TP53 was driving DNA methylation changes in CLL and we were especially enthusiastic that we could find a significant overlap of our differentially methylated CpGs with CpGs that are known to undergo dynamic methylation changes during B cell differentiation, which is probably associated with the physiological TP53 downregulation during germinal centre formation. Consequently, we wished to confirm our findings using methylation data from two independent cohorts of CLL patients that were provided to us by collaborators. We experienced our second disappointment when we could not validate in these cohorts the differentially methylated CpGs between patients with and without del(17p)/TP53mut. This inability to reproduce our initial findings might just be due to the fact that these additional cohorts did not contain as many patients with del(17p)/TP53mut, thus making the analysis underpowered. To our knowledge, there is no other published dataset that includes more CLL patients with del(17p)/TP53 than ours. That is why we decided to share our dataset with the scientific community in the hope that researchers with access to larger patient cohorts in the future might build on our findings and develop our ideas further. The patients in our dataset are comprehensively characterized regarding relevant prognostic and molecular markers (e.g. IGHV mutation status, chromosome aberrations, clinical parameters). Therefore our data is a valuable resource that can be used by researchers to test alternative hypotheses (e.g. association of DNA methylation with other markers of prognostic or predictive value in CLL) or to validate findings derived from studies on other clinical cohorts.

As CLL has been elemental for establishing central paradigms in oncology, we hope that our dataset and our Data Descriptor article will be of interest to a broad spectrum of cancer researchers. 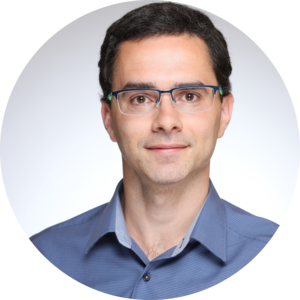