From Elation to Tears: the true story behind prairie soil ecology

I came late to the Kernen Prairie Project but better late than never, as they say.  The field work was done in 2014 and I wasn’t invited to join the project until 2017 when I joined the Soil Science department at the University of Saskatchewan as a fresh faced, eager new PhD student. I was originally recruited to work on the canola microbiome, but because of my previous work on invasive species and soil microbes, I was asked if I wanted to work on the soil microbial portion as “a small side project”. I was told the site is being invaded by smooth brome as well as a few other invasive species and that “we measured everything we could think of in a really cool, Fibonacci spiral design”. This was all interesting to me, so like the rookie PhD student I was, I decided it sounded like a reasonable “small side project”. Little did I know what I was truly getting myself into. This small side project has now morphed into the majority of my dissertation.

How did a small side project turn into such a beast with enough data to publish in Scientific Data? Well, it turns out that they really did measure everything they could think to measure. Not including the microbial data, this project includes, for each sample, data from greenhouse gas emissions, soil enzyme activities, glyphosate degradation, aboveground plant surveys, and microfaunal feeding estimates. Every lab-based analysis was done for the many soil cores taken, including soil moisture, temperature, pH, aggregate analysis, organic and inorganic phosphorous, nitrogen and carbon. Furthermore, they measured everything they could think of for as long as feasibly possible, much to the chagrin of the field assistants, who went out every week for 26 weeks, chipping samples from half frozen ground on the last day. They did this work for half a year, resulting in almost 500 samples collected. These heroic field assistants battled everything thing from snow to ticks, endured high (for Canada) temperatures, and ran as a violent thunderstorm approached. To them, I will forever be indebted.

Speaking of 500 samples, that seemed like a reasonable number of samples, after all I was only amplifying three genes. The first gene I amplified, trnL, went swimmingly. I finished my PCRs and sequenced quickly. I then moved on to the 16s rRNA gene and I encountered some problems there. If you’ve never seen the soils from the prairie region of Canada, they are gorgeous. They are so dark they are almost black and silky smooth due to the clay content. This makes them very good for agriculture and very bad PCR. I tried everything I could think of but couldn’t get my samples to amplify. Finally, I called the Thermo Fisher help line crying out of frustration (this actually happened, and I apologize to the representative who took my call) and it was suggested that I try a specific master mix with which I was finally able to amplify my samples. Nothing to date in my scientific career has matched the feeling of finally seeing those bands, but perhaps ask me again when I graduate.

We are very excited to share these data which are the result of our blood, sweat and tears (mainly mine) with any soil or plant scientists or microbial ecologists that can make use of them. We are also excited to continue analyzing these data ourselves and look forward to continuing to unraveling the secrets that Kernen Prairie can share with us. 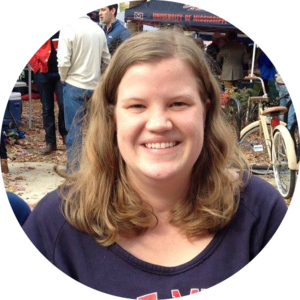 If you are a registered user on Research Data at Springer Nature, please sign in.