Groundwater is a major source of drinking water worldwide, also extensively use for irrigation, ecosystem support, etc. Groundwater is found in different permeable rock formations (aquifers), out of which carbonate rock (karst aquifers) provide very favorable storage capacity for water supply. Karst landscapes cover 14% of the ice-free land surface and, between 10% and 20% of the global population entirely or partially gets drinking water from the underlined aquifers. Only few studies have analyzed the impact of changing climate and land use change on karst water resources beyond the scale of individual catchments, which is mostly due to a lack of observations.

In 2017, the project “Global Assessment of Water stress in Karst Regions in a changing world (GloW)”, funded by the German Research Foundation commenced, with the main aim to quantify present and future water stress in karst regions across the globe. To tackle the lack of publicly available discharge observations for karst regions, the project team embarked on the development of the World Karst Spring hydrographs (WoKaS) database involving large parts of the karst research community including the Karst Commission of the International Association of Hydrogeologists.

The WoKaS datasets published in Nature Scientific Data is therefore a result of an intensive community-effort. WoKaS makes scarce and rather difficult to obtain karst spring discharge datasets from various sources freely available. Over the course of several years, the GloW team reviewed and extracted spring discharge measurements from published articles and reports, national hydrological databases, and collected observations owned by individual researchers and research networks such as Karst Commission. Over 400 datasets aggregated from the various sources were validated, standardized and presented in the same structure and format.

Now, with the WoKaS database, the GloW team and all contributors from the karst research community have access to a readily available high-quality dataset of karst spring hydrographs mostly at daily or sub-daily temporal resolution, which can be used for several purposes: model evaluation, trend analysis, management and improved understanding of karst groundwater systems, and many more. The static version of the WoKaS datasets are freely available for download. Whereas, part of WoKaS datasets are from national hydrological databases, which are periodically updated. For those, WoKaS provides an easy-to-run automatic download routine code to access newest karst spring discharge datasets even at dates long after this publication.

We strongly believe that the WoKaS database will prompt large-scale studies in karst hydrology beyond the catchment scale, help in improving realistic representation of karstic processes in large-scale models and promote multi- and international collaborations. 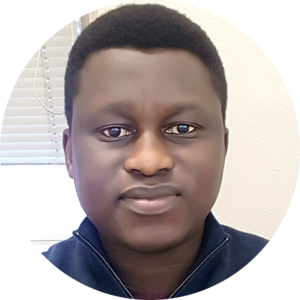