Tropical cyclones are one of the deadliest and costliest natural hazards, significantly impacting people, economies and the environment in coastal areas when they make landfall. The 2017 Atlantic Hurricane Season (with Hurricanes Harvey, Irma and Maria) is the costliest hurricane season to date with combined losses exceeding $250 billion. Only last year, Cyclone Idai caused widespread damage in Southeastern Africa, with over 1,300 fatalities and more than $2.2 billion of damage. To protect coastal areas from potential future impacts, it is crucial to support risk mitigation efforts (e.g. building dykes, improved building constructions) by providing reliable tropical cyclone risk assessments.

In 2016, I was hired on the PhD position “tropical cyclone flood risk under climate change” at the Vrije Universiteit Amsterdam. Shortly into my PhD, we learned that it would be difficult to calculate tropical cyclone risk from the available (historical) datasets, for the simple reason that these datasets are too sparse in both a spatial and temporal sense to get a good understanding of tropical cyclone risk anywhere in the world. We were thus searching for a global-scale, easy-to-use method to extend the existing dataset to a dataset with the equivalent of 10,000 years of tropical cyclone activity. This length was necessary to analyze low probability events such as the 1-in-100 or 1-in-1000 year tropical cyclone event.

For this reason, we teamed up with Dr. Ivan Haigh from the University of Southampton, who had the experience of building such a model for the Australian region. Using this model as our starting point, we designed an innovative fully statistical model that could be run for any ocean basin, called the Synthetic Tropical cyclOne geneRation Model (STORM). STORM uses information on tropical cyclone frequency, intensity and track, and statistically resamples this to create new, so-called “synthetic” tropical cyclones. Synthetic tropical cyclones are tropical cyclones that have not occurred in reality, but are theoretically possible under our current climate conditions – although some of those tracks closely resonate historical tracks. By repeating this procedure, it is possible to create a dataset equivalent of 10,000 years of tropical cyclone activity. It is important to note that our STORM dataset currently represents 10,000 years of tracks for the present climate, so no climate change is considered. Constructing the STORM model took two years of designing, programming, running, analyzing, going back to the drawing board: from tropical cyclones that were all moving in the wrong direction to apocalyptically strong tropical cyclones, we’ve seen it all. Needless to say, the joy was indescribable when validation showed the model was performing very well!

The novel aspect of this dataset is that it can both aid a better understanding of the probabilities of various tropical cyclones anywhere in the world, but it also has a high enough resolution (10 km) to analyze tropical cyclone probabilities for regions, such as small islands in the Caribbean, where there is currently not enough data. This way, stakeholders and policymakers anywhere in the world can design and implement adaptation strategies to protect coastal areas from potential damage and loss of life from tropical cyclones. 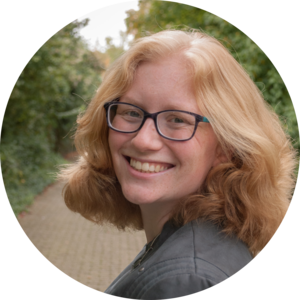 I'm a PhD researcher based at the Institute for Environmental Studies at the Vrije Universiteit Amsterdam (the Netherlands). My PhD work involves studying tropical cyclone (flood) risk under climate change. I like doing my research, programming, and digging into big data, but I also enjoy the teaching responsibilities that come along with my PhD.
Follow