Mapping every wind turbine (>63,000) in the United States

The US Wind Turbine Database provides continuously-updated, high-quality spatial and descriptive data on the booming US wind energy fleet.

Did you know that there are now more wind turbines in the United States (63,003) than there are Starbucks, McDonald's, Pizza Hut, Burger King, Wendy's, Taco Bell, and Domino's restaurants combined? Wind power is growing at a robust pace in the US, comprising 28% of total annual electric capacity additions over the last decade.

Along with my colleagues at Lawrence Berkeley National Laboratory (LBNL), the United States Geological Survey (USGS), and the American Wind Energy Association (AWEA), we have been working to compile the most comprehensive, accurate, and up-to-date source for location and attribute data about all of these turbines: The US Wind Turbine Database (USWTDB). The USWTDB was first released publicly in April, 2018, accompanied by a really fun and user-friendly online viewer application. Our recently published paper in Nature: Scientific Data provides a detailed description of the data and methods used to generate, validate, and maintain the database.

The USWTDB builds upon a previous wind turbine dataset developed by USGS, which cataloged turbines existing up to March, 2014. Since then, over 18,700 new turbines have been installed in the US, representing over 40 gigawatts (GW) of new installed capacity. In addition to updating these data to include turbines installed in recent months, the USWTDB is updated and re-released quarterly - so it never goes out of date. As you might imagine, maintaining a dataset of this depth, breadth, and high quality requires long hours from a highly committed, inter-agency team of analysts and researchers.

To prepare the USWTDB, we compiled data from 5 different data sources (USGS, LBNL, AWEA, and two datasets from the US Federal Aviation Administration [FAA]) using innovative data merging techniques, and then conducted rigorous quality control checks including visually verifying each individual wind turbine using recent satellite imagery. In the time period between March 2017 and October 2019, over 43,500 WT points were visually examined, over 4,900 WTs were marked as dismantled and removed, and over 4,100 points were moved for locational accuracy.

In addition to locational data (e.g., latitude, longitude, state, county), the USWTDB provides detailed data on the attributes of each individual wind turbine (e.g., rated capacity, rotor diameter, manufacturer, model), as well as the wind projects each turbine is a part of (e.g., project name, number of turbines, total capacity). We also include several identifiers for each turbine, enabling users to link USWTDB turbines to the legacy USGS dataset, FAA data, and data from the US Energy Information Administration (EIA).

Accurate and up-to-date information about wind turbines (like the USWTDB provides) is critical for a range of research applications, such as assessments of wind power's: climate and health benefits; effects on the electric grid; capacity factors and power densities; bird and bat collisions; social acceptance; sound annoyance; property value impacts, and much, much more. My co-authors and I hope that publishing this dataset in Scientific Data will make it more widely accessible to researchers and other users.

We are constantly working to update and improve the USWTDB, and we welcome feedback from our users! 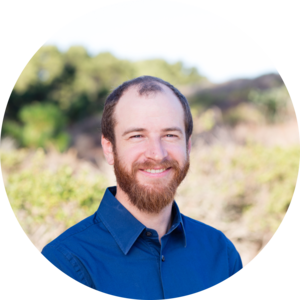 +2
Pia H. Smedsrud and 2 others
Research Data at Springer Nature