Australia is home to some of the most unique species worldwide, including egg-laying mammals, tree-climbing, desert-bouncing and and burrow-digging marsupials, and huge flightless birds. While these animals are fascinating, the creatures that used to roam Australia’s landscape thousands of years ago were even more remarkable — these included wombat-like beasts as big as rhinos, birds more than two metres tall, lizards more than seven metres long, and a marsupial lion as big as a leopard.

Figure 1: Diprotodon, the biggest marsupial that ever lived

Just how and why these animals went extinct has been challenging scientists for decades. But examining dated fossil records is one of the primary ways we can look into the past. The ever-increasing number of fossils and the advances in dating techniques have produced a wealth of material we can use to reconstruct the long-lost past.

Even with these data, it has been a struggle to gather enough fossils for large-scale analyses because reports of these records are usually scattered across the scientific literature, with no standardised quality control to make them comparable to each other. Designing a way to standardise these records is therefore important to avoid misleading conclusions.

The FosSahul database was first established in 2016 to try to alleviate these problems — it gathered all the fossil specimens for large animals (excluding humans) from the Late Quaternary (up to ~ 1 million years before present) across the region known as ‘Sahul’, the combined super-continent that included New Guinea and Australia when sea levels were much lower than they are today.

While FosSahul was an important step, the database needed to be updated. First, the quality rating of the fossil dates in the original version was a little subjective and lacked transparency in some cases. This is because the database did not capture enough detail to be able to reproduce all the steps leading to a particular quality rating. Second, given that new fossils are discovered regularly, updates are necessary to include the latest research.

In our recent paper, we present FosSahul 2.0 — an extended and updated version of the original FosSahul database. The database now contains 11,871 dated fossil records from 354 species and 605 palaeontological deposits. To reduce subjectivity in the rating and to increase the transparency of the method, this dataset now includes a new algorithm that does the quality rating automatically.

There are several advantages of having an open-access database with a clear quality-rating method. The data are of course accessible to anyone; given the amount of time, money, and effort that goes into excavating and dating a fossil, maximising its use and accessibility to as many people as possible is essential.

Depending on the material, there are also lots of different dating methods to estimate the age of a fossil. This can pose a problem when comparing records from different species, sites and time periods. The quality-control mechanism we explain in the paper gives each record in the database a rating: from ‘A*’ (highly reliable), to ‘C’ (unreliable), including a reason for the rating. Depending on the specific needs of the user, people can decide themselves how strict they want to be in terms of date reliability.

Overall, databases like FosSahul 2.0 that collate data into a coherent, quality-controlled framework opens new avenues for palaeontological analyses that can shed light on the major ecological changes that occurred in ancient Australia.

This Behind the Paper post is co-authored by  Katharina J. Peters, Frédérik Saltré and Corey J.A. Bradshaw. This research was supported by Australian Research Council (ARC) Centre of Excellence for Australian Biodiversity and Heritage. 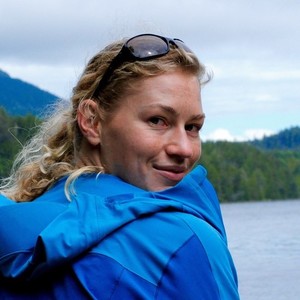