Where are new inventions made? Geocoding of worldwide patent data

We have created a database of worldwide patent applications and assigned geographic coordinates ('geocoding') to the addresses of the inventors and applicants. The dataset contains geographical coordinates as well as the corresponding cities and regions in which the address is located.
Florian Seliger
Researcher, ETH Zurich
Follow
Like Liked by Eva Amsen
0

The database allows, for example, the identification of all patented inventions by inventors based in Zurich or in the canton of Zug in Switzerland. In total, we collected and geocoded 7 million inventor and applicant addresses from 19 million patent documents, and assigned them to 46 countries and approximately 50,000 cities.

Original data of the most important patent offices in the world

Data for researchers and decision makers

The dataset is aimed at researchers who deal with innovation economics and economic geography. Accurate location data enables a fine-grained measurement of transport and communication costs caused by the spatial distance between cooperation and trading partners. Another application is the analysis of technology clusters. There is, for example, little evidence of the emergence of such clusters in emerging markets such as China.

Accurate geographic information on invention activities is also important for policymakers as they are increasingly interested in location decisions of companies and highly skilled workers. For this purpose, it is important to know where the most important innovation centers are. Our dataset allows you to create accurate technology profiles for each region and city.

The resulting data set contains an identification number with which each patent application can be identified as well as the coordinates of the inventor’s and applicant’s place of residence, the associated city and the country.

More information about the project and visualizations can be found on our website: https://www.worldwide-patents.com/ 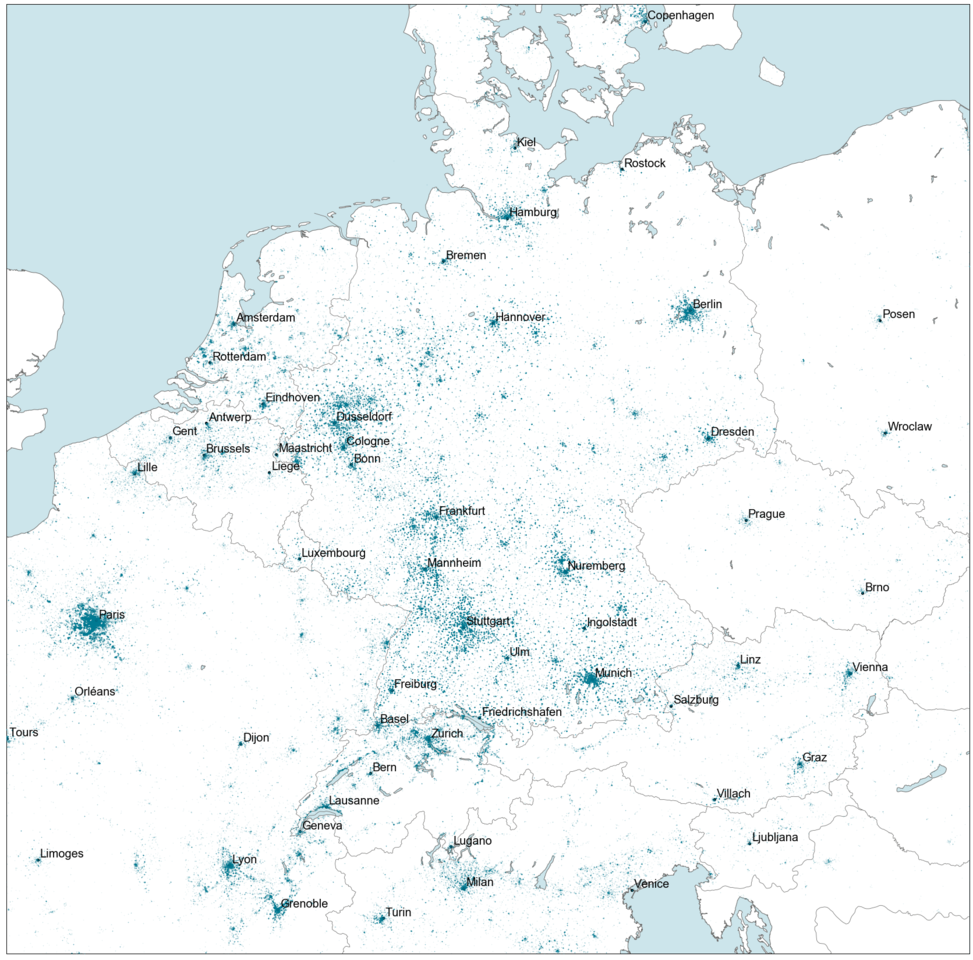 Where are new inventions made? Geocoding of worldwide patent data

We have created a database of worldwide patent applications and assigned geographic coordinates ('geocoding') to the addresses of the inventors and applicants. The dataset contains geographical coordinates as well as the corresponding cities and regions in which the address is located.