Bridging scales in neuroscience, from the level of proteins and molecules to large-scale networks, is an important endeavour in broadening our understanding of how the brain works. In our newly published Data Descriptor in Scientific Data, we provide a dataset and tools to help achieve this goal.

In our paper, out today in Scientific Data, we describe how we built a large-scale connectome (or wiring diagram, if you will) of the macaque brain as an extension of TheVirtualBrain. TheVirtualBrain is an open-source software platform for large-scale network simulations and its models allow us to infer microscopic mechanisms from macroscopic neuroimaging data. These models rely on the connectome to constrain the simulated functional dynamics so that the availability of a macaque connectome means that we can now simulate network dynamics specific to the macaque brain.

Constructing a connectome, however, is nontrivial. In the macaque, several large-scale connectomes already exist using data from invasive tracer studies and they offer specificity not available in connectomes reconstructed using noninvasive diffusion-weighted imaging tractography. The problem, however, is that in connectome-based modelling, white matter fiber tract capacities (i.e., edge weights) and tract lengths are critical for scaling the spatiotemporal interactions of the network. Neither of these are well estimated by existing whole-brain macaque connectomes. So, we took advantage of an existing whole-cortex tracer connectome derived using the CoCoMac database and “enhanced” it using diffusion-weighted imaging tractography in macaques to estimate the weights and tract lengths. The result was a fully-weighted and directed whole-cortex connectome. You can find the details on how we built the connectome in the paper here and The Virtualized Macaque dataset is available for download here. In the paper, we show some example simulations of macaque resting-state functional magnetic resonance imaging data but you could also simulate local field potentials and magneto-/encephalography using TheVirtualBrain. We include, as part of the package, the macaque cortical surface so you could do surface-based simulations too, if you’re so inclined.

The utility of a macaque connectome for neuroscience researchers is vast, but we hope that one impact it makes is in the validation of large-scale network models. How these models bridge various spatial and temporal scales needs to be validated with empirical data. Lots of work is underway to collect data simultaneously from different levels of investigation in various animal models. In conjunction with The Virtualized Mouse Brain, our macaque connectome represents an important step towards bridging scales using a theoretical framework that can combine empirical data from multiple scales of investigation and across animal models. 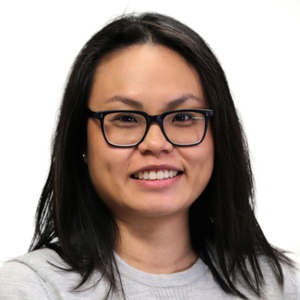 Evgueni Kassianov
Research Data at Springer Nature
We use cookies to help improve your experience. By continuing to browse our website you are consenting to our use of cookies.
Learn more