The Worldpop group at the University of Southampton has been producing contemporary, spatially detailed, and comparable datasets for the distribution of human population, socioeconomic characteristics, migration, diseases’ flows and mobile phone use analytics, among others. But it wasn’t until 2015 when the Zika outbreak became a global health emergency, for which evidence established a potential link between the virus and birth defects, and spread through areas previously unknown to have the virus, that making an understanding of likely numbers of pregnancies and births potentially affected became a high priority. Research must focus not only on assessing current and future demand for health services and vaccines, but also to identify the current and future burden of the virus based on accurate estimates of the number of people at risk.

Our paper in Scientific Data describes the methodology and provides links to our recent research outputs on mapping women of childbearing age, births and pregnancies across Africa, Latin America and the Caribbean, using the integration of satellite, census, survey and demographic models to capture spatial and demographic heterogeneities in population distributions, fertility rates and levels of abortions, stillbirths, miscarriages to produce estimates of numbers of pregnancies and births.

Much of our efforts were focused on the data collection, cleaning and standardisation, especially when collecting subnational fertility rates, and age and sex structures, as data for some countries was only available in foreign languages, required a lot of transcribing from non-editable formats or summarising to suitable values. In some occasions we contacted directly the national statistics offices and many were very supportive in providing us the data.

We currently produce maps for 2015, for several countries, many of which have Zika transmission suitability, but are looking forward to include more countries and produce subnational estimates for 2020, 2025 and 2030.

This paper contributes to the WorldPop collection of open-access spatial demographic datasets and approaches already published in Scientific Data, and all the datasets can be found at WorldPop. 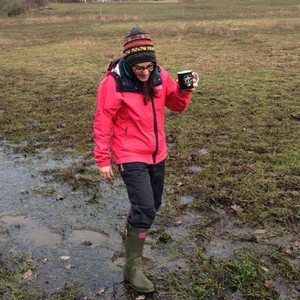