In January of 2018, a dozen early career scientists from the Structural Genomics Consortium (SGC) working in Canada, the UK and the US started recording their experimental work publicly, online, and in real time in Open Laboratory Notebooks at opennotebook.thesgc.org.

This “extreme open science” initiative will grow in the coming months and is following a very positive pilot experiment where SGC’s Rachel Harding has kept for now two years an open lab notebook on her research on Huntington’s disease at labscribbles.com. This initiated insightful discussions with experts in the field, resulted in multiple collaborations, and dramatically accelerated her work.

The ultimate goal of keeping lab notebooks open to all is to accelerate scientific discovery. About two years typically separate the moment an experiment is conducted from the moment the results are made available in a scientific publication. During those two years, researchers who could have learned from the positive or negative results are wasting time and resources in duplicating work or in experiments that they don’t know are bound to fail. Multiplying these lost years by the number of research scientists in the biomedical sector is a frustrating exercise: hundreds of thousands of years if not more of research may well be lost every year. The increasing popularity of pre-prints servers such as bioRxiv.org, which reduce by about 6 months the period of time when results are withheld, is encouraging. Open lab notebooks are the next step, as results are made public immediately.

The open lab notebook concept, where scientists share and collaborate rather than compete, may come across as idealistic or even naïve, but it has the attention of funding agencies: representatives from the Wellcome Trust, the Canadian Institutes of Health Research, and the Gates Foundation joined the January 19th symposium to kick-off SGC’s “extreme open science” initiative. Among other things, funders want to support the development of accessible and reliable open notebook platforms. The SGC is using Zenodo, an open research repository from OpenAIRE and CERN, where experimental records are time-stamped and assigned citable doi’s. Ideally, all open notebooks would be indexed and searchable from a universal database. Google Scholar is already indexing scientific journals, patents and pre-prints, and would be a great candidate to take on this role.

The open notebook initiative is an experiment at this point, and we don’t know where it will take us. When we hear about this concept, I think it is fair to say that we all have the same initial reaction: disbelief. This is not how we operate. An open mind and critical thinking leads many to realize that open notebooks also bring opportunities in terms of networking (especially important for the career of young scientists), exchanging ideas and starting new collaborations. Risks of being scooped probably increase, and it will be interesting to have real numbers in a few years to quantify this risk. My guess is that it will be acceptably small. The fact that published papers that were first disclosed in pre-prints have a higher Altmetric score, and are more cited than those without pre-prints (Serghiou & Ioannidis, JAMA 2018;319(4):402-404) indicates that open lab notebooks could increase the impact of our work. As scientists, I think most of us can identify at least one project to put in the open.

If you are interested in starting your own open lab notebook, contact me or join our slack discussion group at opennotebook.slack.com. We can help! 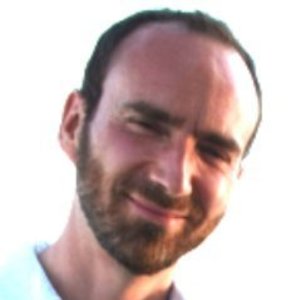 White paper: The Future of FAIR
Updates in Data