By Christopher Neill and Rachel Jakuba

Starting during the last week in May this spring, more than 150 volunteers with the Buzzards Bay Coalition's Baywatchers program will respond to their early alarms, make their cup of coffee, and set out with their water sampling kits at dawn to more than 200 locations along the 563 kilometer-long coastline of Buzzards Bay that stretches from the island of Cuttyhunk up the western spine of Cape Cod and eastward to Sakonnet Point just over the Rhode Island line from the state of Massachusetts.

They lower bottles into the water, sometimes from a dock, sometimes from a small stream or salt marsh creek at the landward end of an enclosed bay, and sometimes from a small boat. They pull up water and measure salinity, temperature and dissolved oxygen in a step-wise protocol they were trained to use. They lower white and black Secchi disks into the water and record the depth at which it disappears from view—a standard method for measuring water clarity the world over. Volunteers write their readings as well as their name, locations, sampling times, weather and tides onto a pre-printed data sheet.

The volunteers fan out to more than 200 stations across 35 of Buzzards Bay's smaller bays and harbors. They sample in the early morning to capture the daily minimum levels of dissolved oxygen that occur after algae and the bacteria that decompose decaying organic matter in the bays and estuaries have been respiring all night but before morning sunlight allows the algae and submersed plants to rev up levels of oxygen-producing photosynthesis. The Coalition's boat, Baykeeper, heads out to sample another ten stations in the open Bay or Martha's Vineyard Sound.

On four dates during the summer roughly two weeks apart, on early mornings chosen to coincide with last three hours of an outgoing tide, the volunteers collect water samples into 60 ml and 1-liter bottles that they filter a small portion of and put quickly into small coolers.

May of 2021 will mark the Baywatchers' 30th straight year of collections. Many volunteers have kept to this summer routine, visiting places they care about, for a decade or more.

On water collection days, the collectors drive their samples to a collection point where the Buzzards Bay Coalition's Tony Williams, the maestro of this volunteer orchestra, organizes the samples into larger coolers and then dispatches the filled coolers to the Marine Biological Laboratory in Woods Hole.

At the MBL, Baywatchers laboratory director Richard McHorney sits at a long folding table near an open loading dock overhead door, pulls samples out of coolers, logs them in, assigns laboratory numbers, and sends them in batches upstairs to the analytical laboratory. By early evening, samples from more than 200 stations are sitting in test tubes, with reagents added, turning the dark blue color that we use to determine dissolved ammonium concentrations. By the time the next sampling date rolls around, the laboratory will have analyzed concentrations of chlorophyll, nitrate, phosphate, total dissolved nitrogen, total phosphorus, and particulate carbon and nitrogen. The laboratory methods have stayed consistent over time, beginning with analysis initially at the Woods Hole Oceanographic Institution and the School of Marine Science and Technology.

Baywatchers data provide the foundation for protecting Buzzards Bay's waters from the nitrogen pollution that is the Bay's water quality threat and that has decreased submerged eelgrass beds, reduced dissolved oxygen levels and reduced the Bay's production of bay scallops and other resources. Baywatchers data compelled the State of Massachusetts to place 25 Buzzards Bay embayments on the State's 303d list of impaired waters, which raises regulatory standards for new development in the watersheds of the embayments that increase nitrogen releases.

Over nearly three decades, the Baywatchers data document the slow decline of the Bay's overall water quality. But they also provide compelling evidence that when communities around the Bay make investments in water treatment infrastructure, water quality can quickly recover. When one Bayside town upgraded its wastewater plant from secondary to tertiary treatment, the concentrations of inorganic and organic nitrogen and phosphorus in the downstream receiving waters improved dramatically. Water quality in the main harbor of New Bedford, historic whaling port that is the Bay's largest population center, steadily improved after the city started reengineering its storm drains. Showing that these investments work bolsters the efforts of citizens and the Buzzards Bay Coalition to increase investments in cleaning up the non-point nitrogen sources from on-site septic systems and fertilizer that are the Bay's chronic and over-riding water quality problem.

The long-term data also illustrate the importance of the looming threats of climate change. Analysis of Baywatchers data show the Bay is warming at 0.8 oC per decade and that at today's higher temperatures the same total nitrogen concentrations are linked to higher concentrations of water column chlorophyll than in the first decade of the water quality record.

In many ways, the 13 coastal municipalities along the Buzzards Bay coastline are fortunate. Few other places have this long or this good of a water quality record. There's no government monitoring program that comes anywhere close. The Buzzards Bay Coalition funds the program largely through private donations and occasional government grants that generally cover less than a quarter of the program's annual cost.

While much of the scientific value of the Baywatchers data lies in its careful record of the past, the data also help the Coalition and the region plan for the future. Four Buzzards Bay towns are considering a plan to collaborate to expand wastewater collections across several impaired bays, route water to a high performing treatment plant and discharge the highly-treated water to a new outfall in the well-flushed Cape Cod Canal.

Rapid-developing technology for sensors and ability to manage continuously-collected and real-time data will likely make future water quality monitoring look very different from the past. We already know from deploying new and relatively inexpensive dissolved oxygen sensors in a handful of locations that as comprehensive as it has been, our volunteer sampling misses some of the hours and even days of low dissolved oxygen. As we move to add more sensor-based monitoring and capture the short-term low oxygen events that cause real ecological harm—and may soon be the basis for new water quality regulatory standards—decades of Baywatchers data and future comparisons of sensor and laboratory measurements will provide an unprecedented opportunity to ground the data of the future in the patterns of the past.

Christopher Neill is a Senior Scientist at the Woodwell Climate Research Center and oversees Baywatchers laboratory analyses. Rachel Jakuba is the Science Director for the Buzzards Bay Coalition. 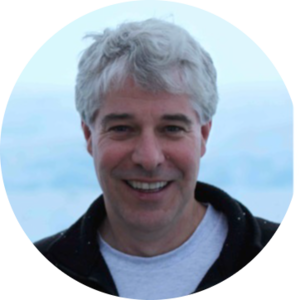