The story of creating a history of explosive volcanism since the time dinosaurs walked the earth.

This project began a long time ago in an ocean far, far away. One hundred and fifty million years ago dinosaurs roamed the earth, the continents were aligned rather differently, and the oldest volcanic deposits that are recorded in our database were erupted then settled out to form layers on the ocean floor. Since that time many volcanic eruptions have deposited ash and volcanic products in the seas and oceans of the world, the records of 34,696 such volcanic deposits form the VOLCORE (Volcanic Core Records) database.

Our aim was to create a global history of large magnitude volcanic activity, as far back in time as records would allow. Land-based records of volcanic activity  (e.g. LaMEVE) suffer from under-recording as you go further back in time, largely due to erosion and lack of deposit exposure, however oceanic records suffer far less erosion. Large magnitude volcanic eruptions (e.g. Pinatubo 1991) erupt huge volumes of tephra (volcanic ash), which then can disperse and settle over a wide area, sometimes over 1000 km from the source volcano. When tephra is deposited in oceans it settles out to form layers, which are then buried and preserved as part of the sedimentary record. The international ocean drilling projects (Deep Sea Drilling Project (DSDP; 1966-1983), the Ocean Drilling Program (ODP; 1983-2003), the Integrated Ocean Drilling Program (IODP; 2003-2013) and the International Ocean Discovery Program (IODP; 2013-present) have recovered thousands of kilometres of sediment and rock from the ocean floors in the form of cylindrical cores. Once these cores are onboard the ship, they are processed, part of that involves the visual examination and description by human core describers. Our project planned to examine these shipboard reports and extract information about tephra layers. Logistically this process is straightforward, as the sediment description forms (VCDs) that are generated by the scientific team on board the drill ship are all freely available. However, the sheer volume of reports made the task seem impossible to some colleagues, how would we read through over 400,000 A4 pages of notes before reaching retirement? 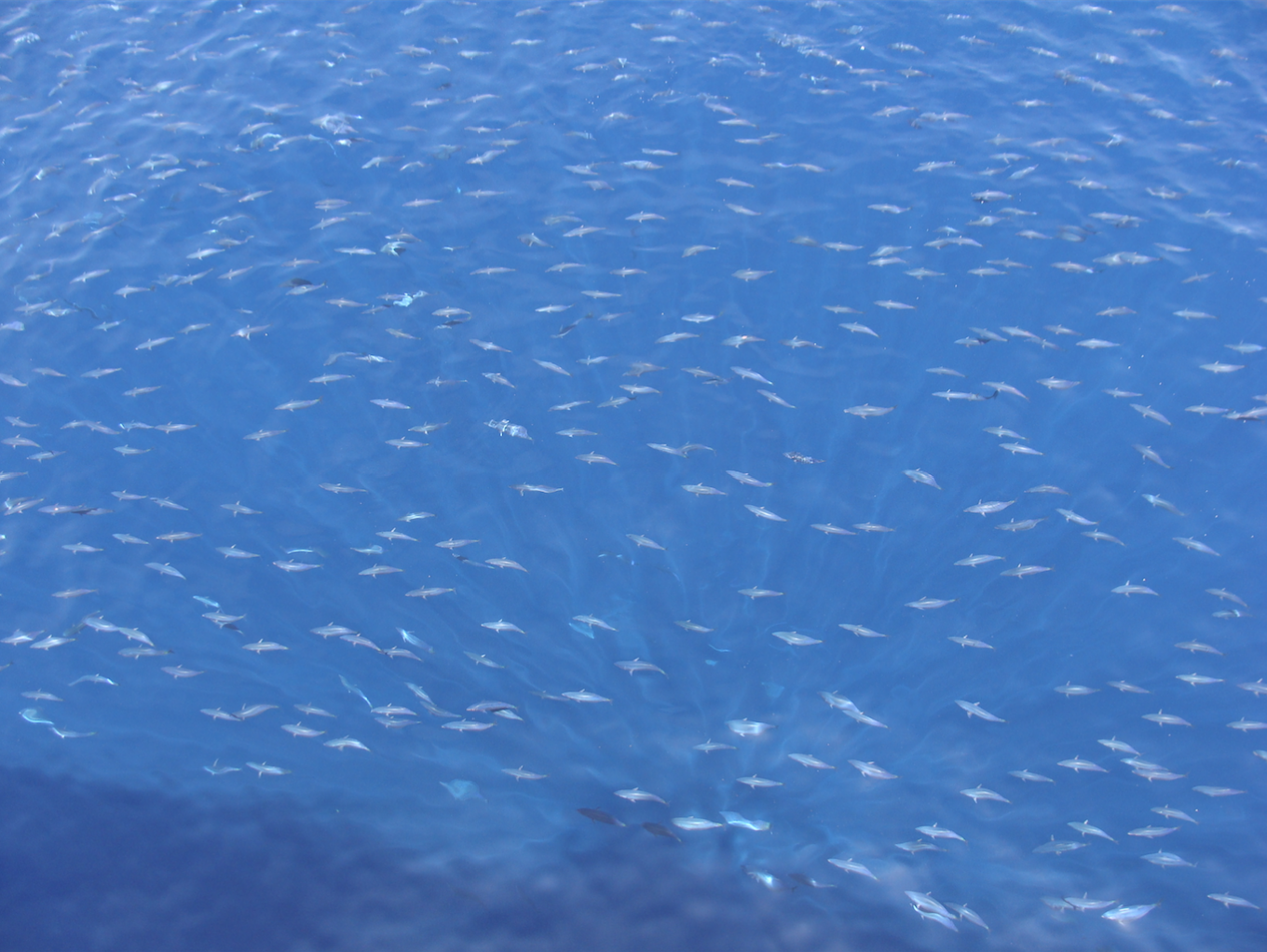 Life at sea on an IODP expedition. Coring a deep drill hole involved being stationary for long enough that the ocean life decided we were their new home. Thousands of tuna circled the ship, an albatross stopped by and huge squid were seen catching flying fish out of the air. Photo credit Sue Mahony.

Our first phase of work was to look at a case study area, Japan. The volcanic history of Japan is varied and complex, but also very well studied. Looking at a case study before embarking on the main bulk of the project helped us understand whether we would be gathering useful information, or just a series of random data. We could compare the records of tephra gathered from the ocean cores with the already established volcanic and tectonic changes. 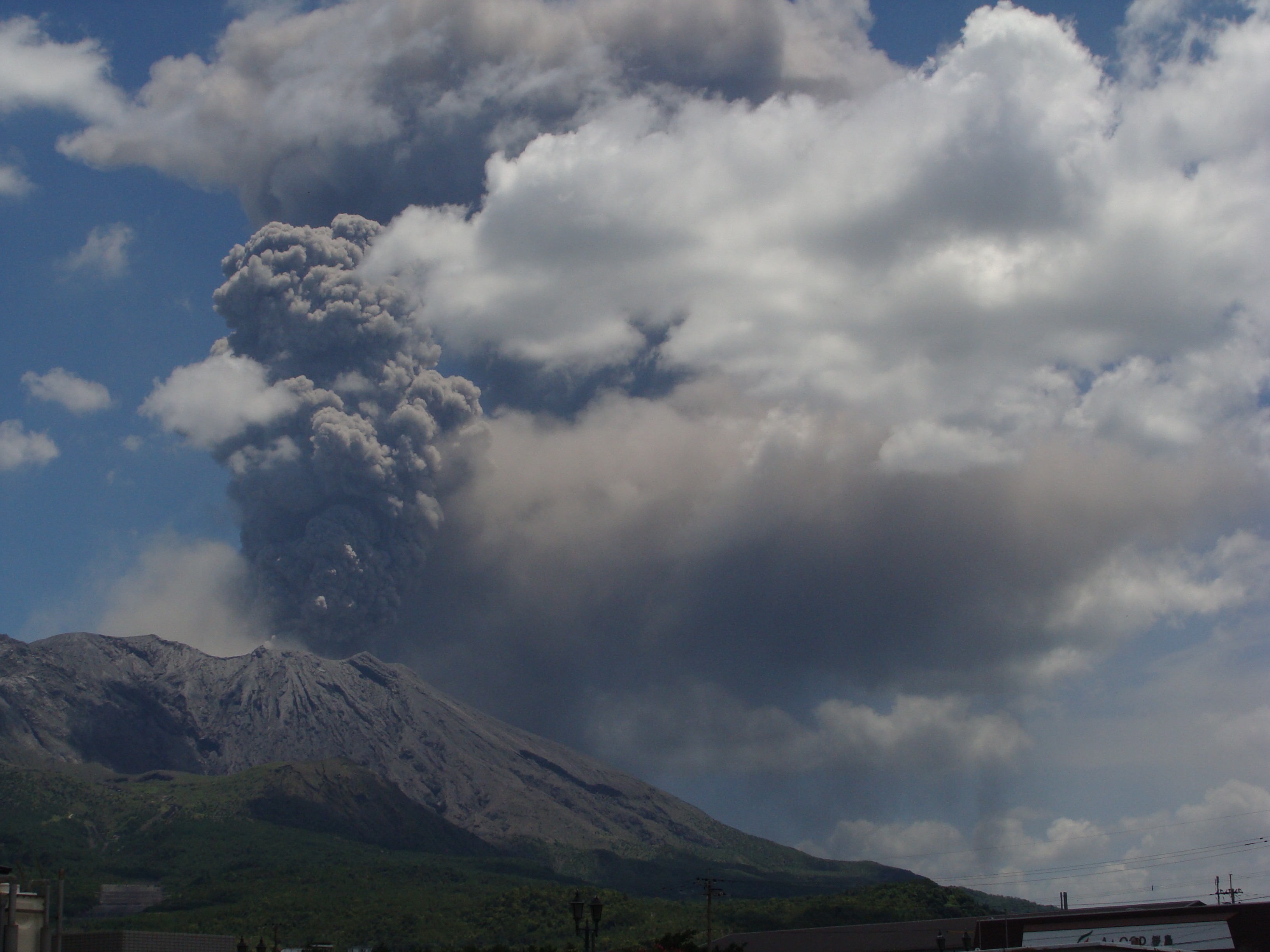 19th July 2013: a small eruption of Sakurajima volcano, Japan. The grey cloud on the right is made of volcanic ash, the lower less opaque areas of grey cloud show the ash being deposited onto the land. Photo credit Sue Mahony.

Our second phase was to test whether the data we were collecting from the sediment descriptions actually represented what is in the sediments, by doing a ground truthing campaign looking at the actual sediment cores at core storage facilities in Texas and Kochi, Japan. The core description data we used for the basis of our study was collected during expeditions from 1966 to present. The core descriptions themselves were created by hundreds of shipboard scientific crews of varying speciality, working 12 hour shifts for 2 months at a time. Understandably you might expect some differences to occur between describers and expeditions, ground truthing suggested that around 70% of the time our results agreed with the shipboard classifications. This figure seemed fairly consistent between expeditions, we were happy with this consistency so were all set for the big data collection effort. 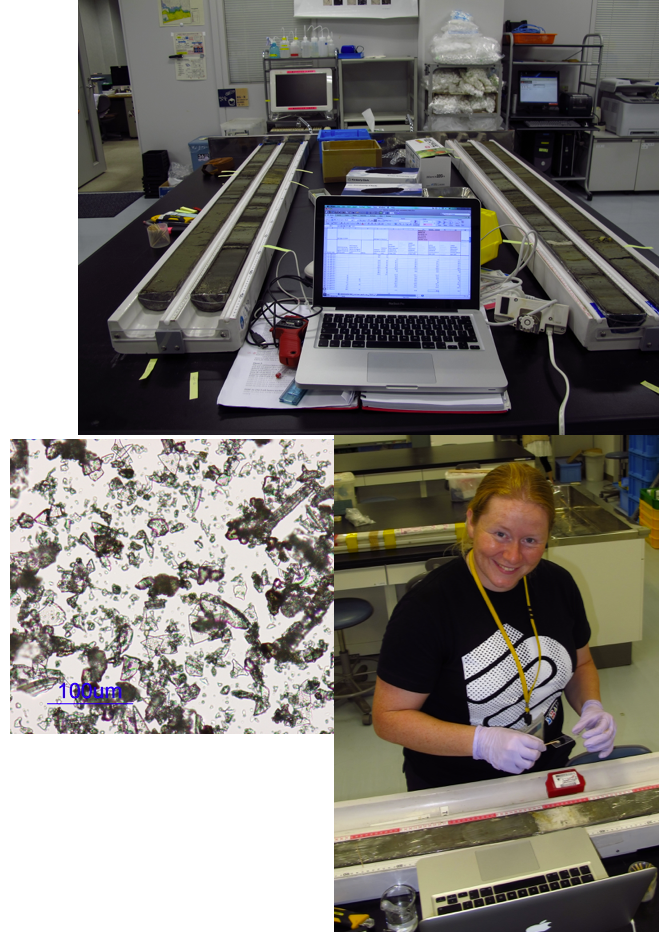 Phase three involved a team of four of us ploughing through the core description forms, which took a considerable amount of time. Office mates came and went, side projects slowed the pace of work (including a couple of months on an IODP expedition for me), extra grants were needed to finish the data capture, but eventually it was completed. Following that false summit we still needed months of collecting additional data to make the tephra data useful. The age-depth models give each tephra layer an approximate age, the coring records help understand if tephra layers did not occur or if there is just a gap in the coring records. Data validation and checking, then finally we were done. 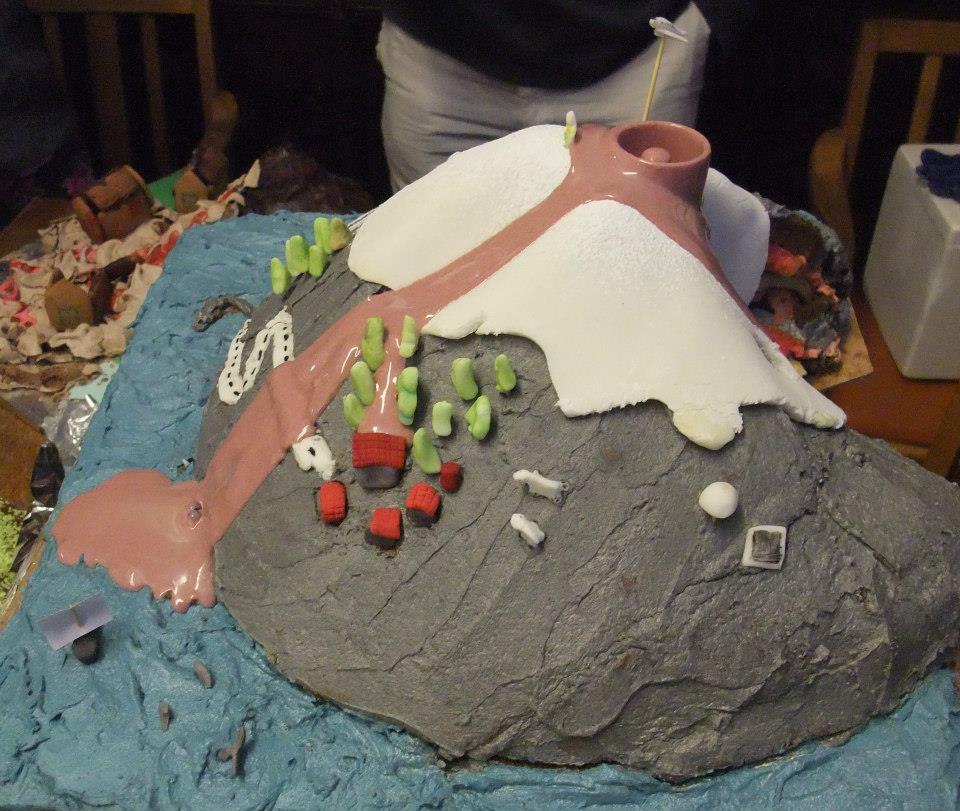 Phase 3 was largely powered by cake. A "cake your research" themed competition led to the creation of a fully functioning volcano cake, with a chocolate fountain-powered lava flow seen here inundating a forest and village. Photo credit Sarah Brown.

Hopefully VOLCORE will be a useful resource that can be built upon and expanded. 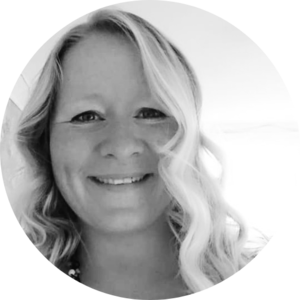